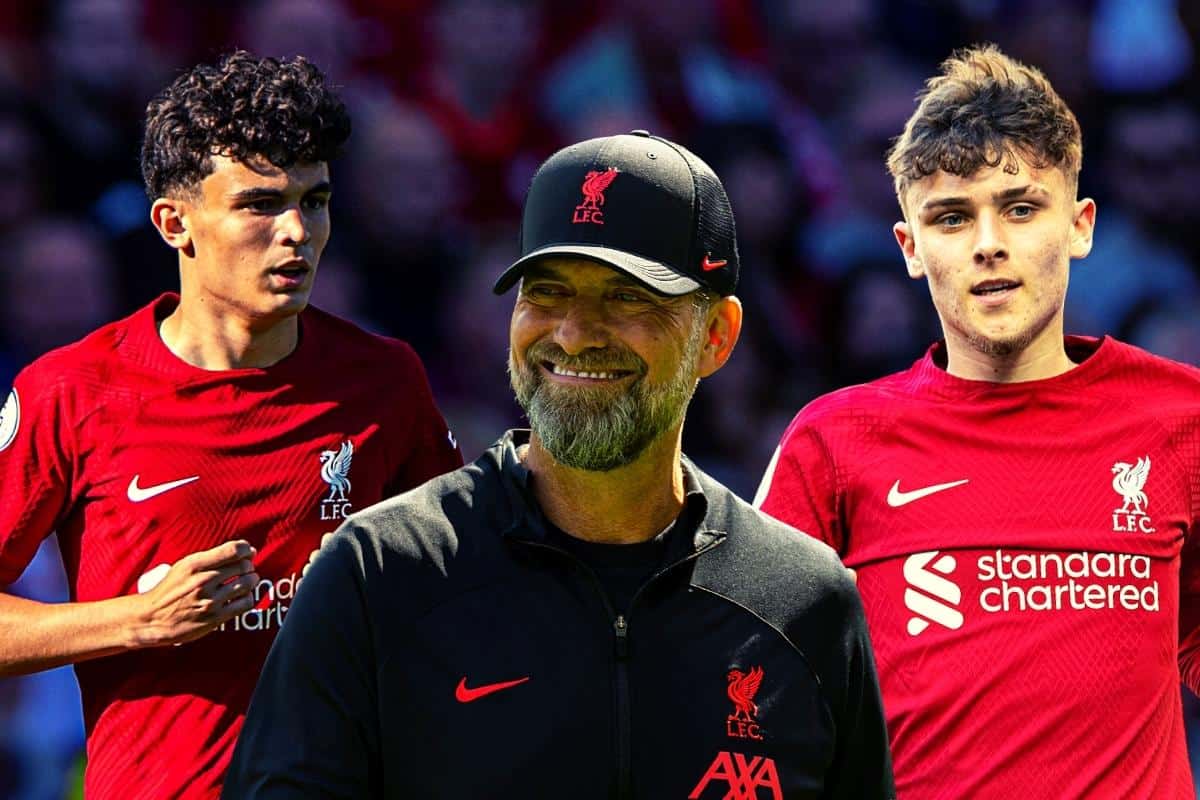 Liverpool’s 9-0 rout over the weekend was memorable for not only the score but also the fact that two players made their competitive debuts, leaving Jurgen Klopp very satisfied.

Liverpool’s injury woes have had very few positives, but Stefan Bajcetic and Bobby Clark would certainly tell you differently after successive bench appearances led to minutes.

The two have been the ones to benefit from the gaps in Klopp’s squad of late and they were not alone in sensing their opportunity when Liverpool took their tally to seven unanswered goals against Bournemouth.

Bajcetic was the first to be introduced before Clark followed after the eighth goal, debuts that left the manager with a deep sense of satisfaction that he was able to give them their chance.

In an ideal world, it would not have come this soon and the manager recognises just that.

“We have a lot of wonderful talent,” Klopp told reporters when discussing the 17-year-olds and the club’s youth players.

“I’m not sure if you watched it, but if you saw our under-23s [U21s] game against Tottenham, we could watch it in the hotel the night before the game, we have a lot of real talent.

“Barry [Lewtas] is doing an incredible job there.

“In an ideal world, you do not play with three or four 17-year-olds in the same game, to be honest.

“It was a wonderful thing to do on Saturday to bring them on. They were smart enough to realise when the scoreline got higher and higher that it was more likely they would get that.

“They deserve it and it is really nice. 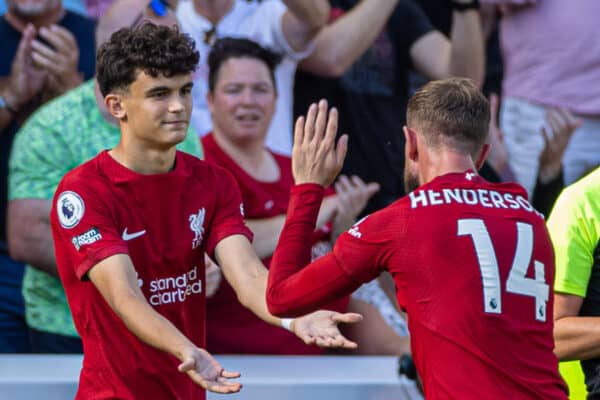 “I felt for both in that moment. Fabio [Carvalho] I don’t count in that department, but for Bobby [Clark] and Stefan [Bajcetic], I was really happy I could be the one to give them the opportunity.”

It’s in line with what we have seen from Klopp throughout his career, he is always ready to give youth a chance but will not put unnecessary pressure on their shoulders before their time.