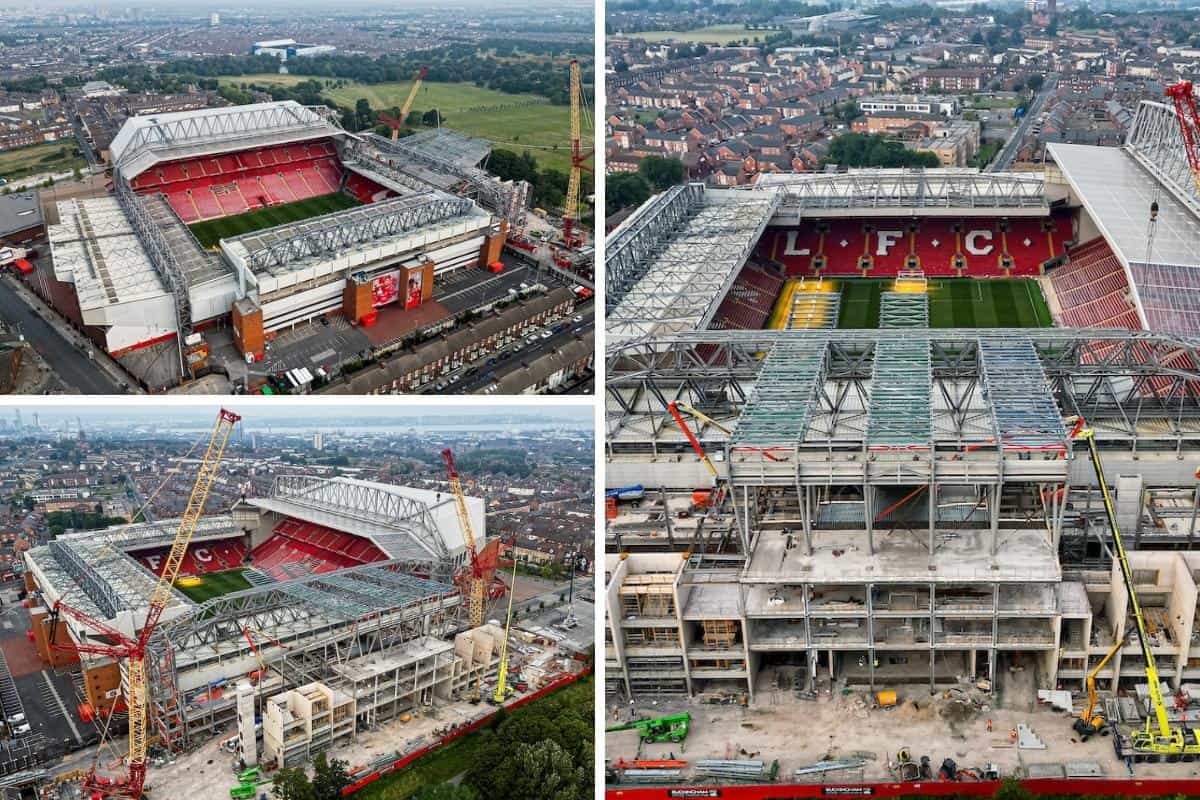 Liverpool’s Anfield Road End expansion continues to move at pace, with the new £80 million stand taking shape before our eyes as construction continues throughout the season.

It has been nearly one year since the club started the latest phase of Anfield’s expansion, with 7,000 extra seats to be in place for the 2023/24 season.

The foundations were in at the start of 2022 and by July the 300-tonne roof truss was in place, a ‘wow moment’ as two huge cranes eased the structure into position over a 12-hour period.

Since then, the construction of the new stand has been witnessed inside the stadium, with work on the upper tier and roof providing a visual of what is around the corner. 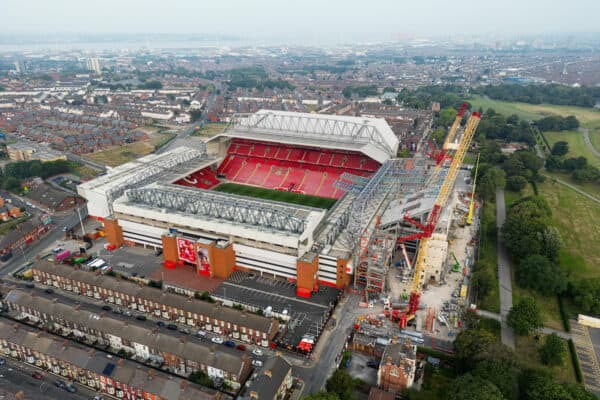 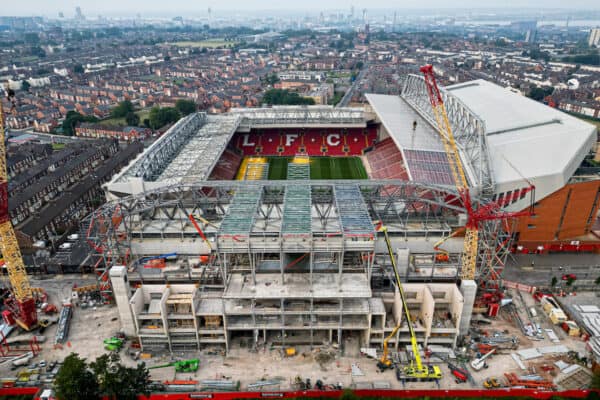 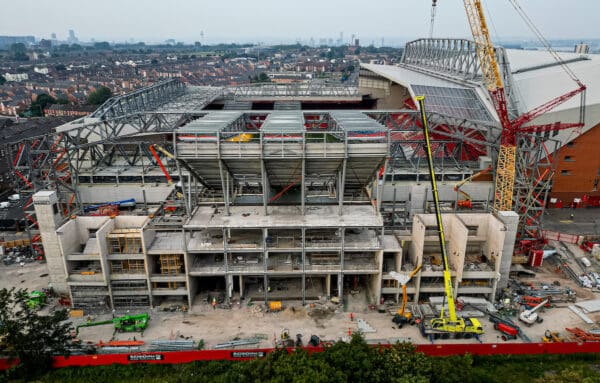 Externally, supporters have been able to take in the sheer size of the Anfield Road End expansion each and every matchday, one that will soon blend seamlessly with the Main Stand, inside and out.

Upon its completion next summer, the expansion will hold 15,967 fans, taking Anfield’s overall capacity to 61,015 and making it the fourth-largest stadium in England. 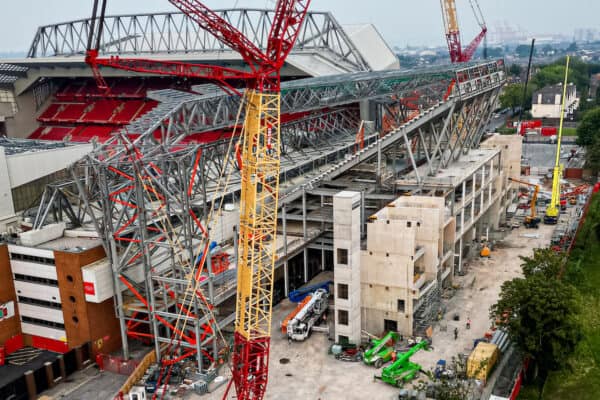 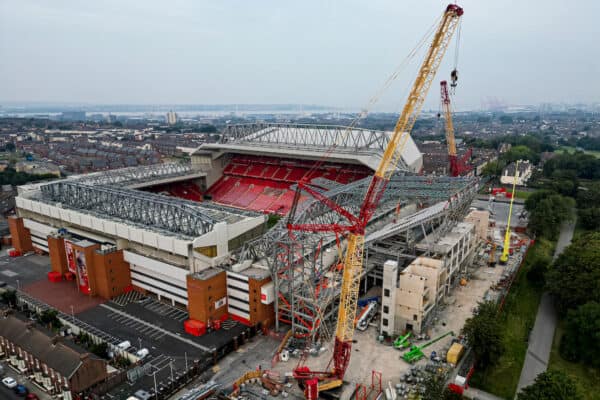 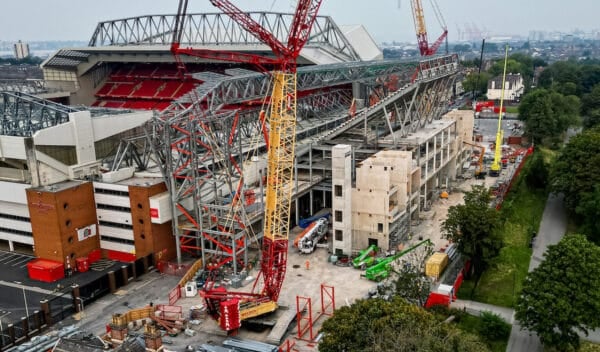 The plan is to see the current stand’s roof removed during either the World Cup in November or next summer. 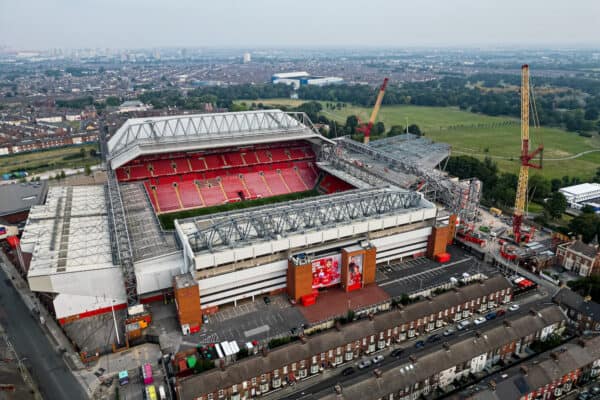 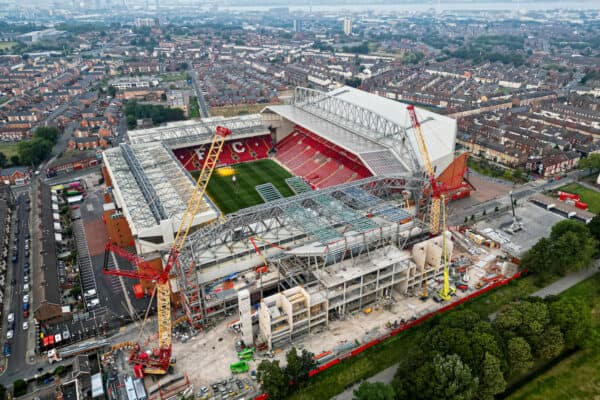 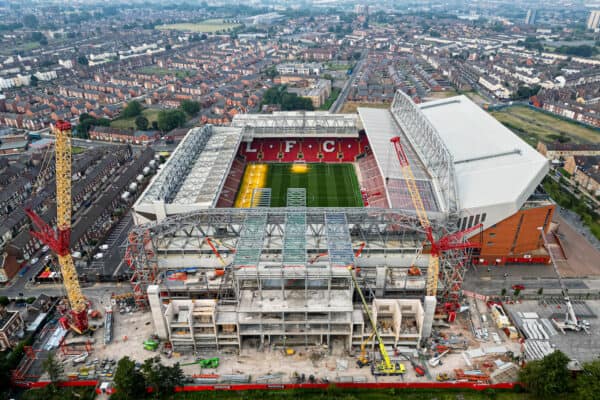 The new stand is to be 39 metres tall, with an estimated cost of £80 million. 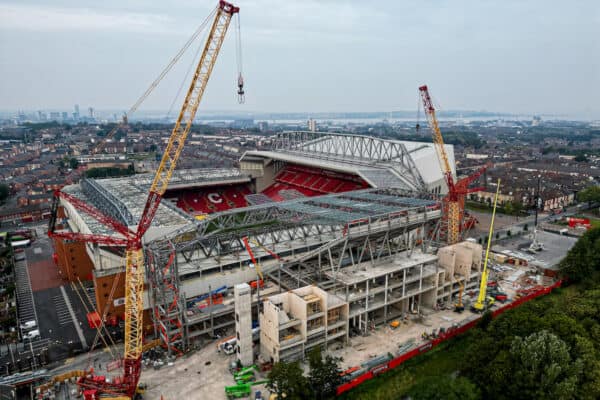 Almost one year in and less than a year to go, the new stand is going to be unveiled before we know it.