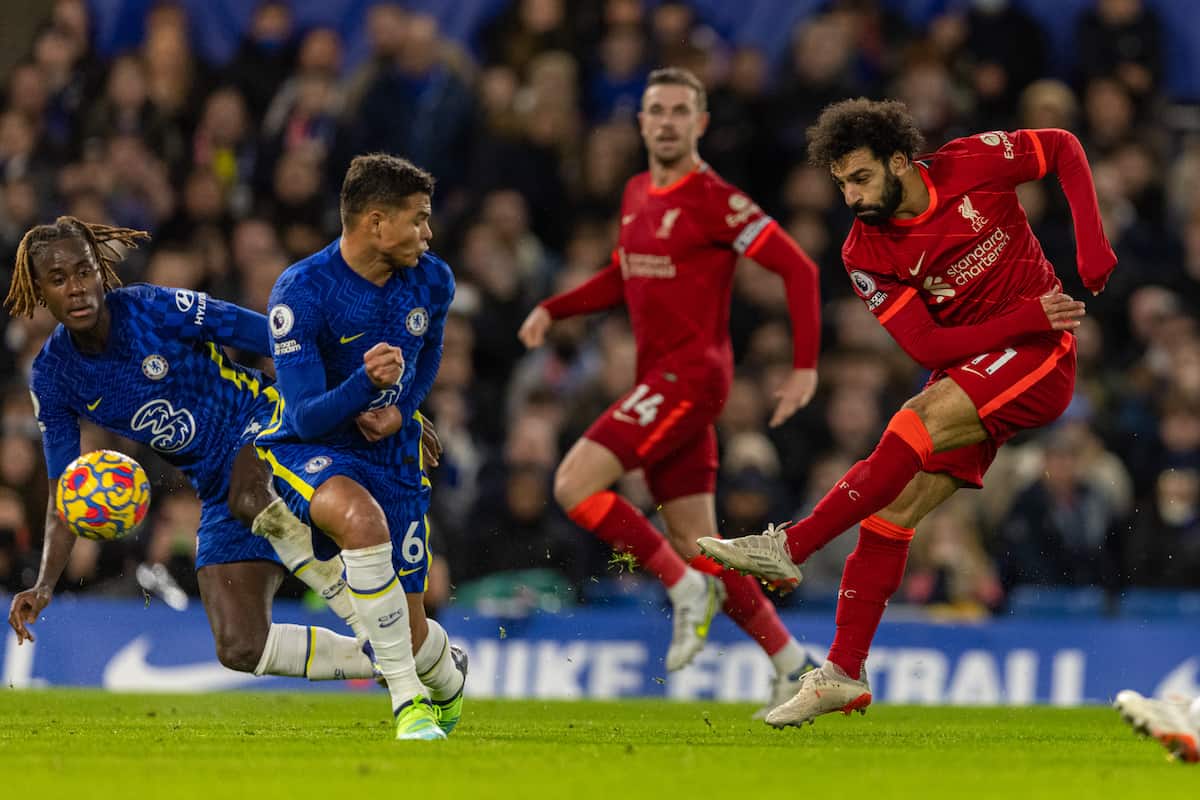 Chelsea vs. Liverpool POSTPONED due to Queen’s funeral

Liverpool will not play again in the Premier League until October 1, with their trip to Stamford Bridge to play Chelsea now postponed due to the Queen’s funeral.

The Reds were due to travel to west London for a high-profile clash on Sunday, which would have marked their return to league action following the postponement of the meeting with Wolves.

But with the Queen’s state funeral now to be held in the city on the following day, Monday, September 19, the decision has been made to postpone to a later date.

A Premier League statement has confirmed that two games – Chelsea vs. Liverpool and Man United vs. Leeds – are postponed due to a lack of police availability. Brighton vs. Crystal Palce was already postponed due to a planned rail strike that is no longer going ahead.

The other seven fixtures will be played as scheduled.

A statement from the Premier League reads:

Following extensive consultation with clubs, police, local Safety Advisory Groups and other relevant authorities, there was no other option but to postpone the three fixtures.

The Premier League would like to thank the UK Football Policing Unit and other police forces across the country, as well as our broadcast partners, for their support during this process, and will continue to liaise with them ahead of the weekend.

For the matches being played during the period of National Mourning, tributes will be paid to The Queen at Premier League stadiums.

New dates for the postponed matches will be announced in due course.

With a second consecutive Premier League fixture now postponed and the international break immediately after, Liverpool will not play another league game until next month.

That will be the visit of Brighton on October 1, with clubs and organisers now required to find new dates for the Wolves and Chelsea ties.

It may prove difficult, with the next available midweek slot being January 17/18 and after that February 7/8 – over four months from the originally intended dates.

Liverpool will go 17 days without a game after Tuesday’s meeting with Ajax.