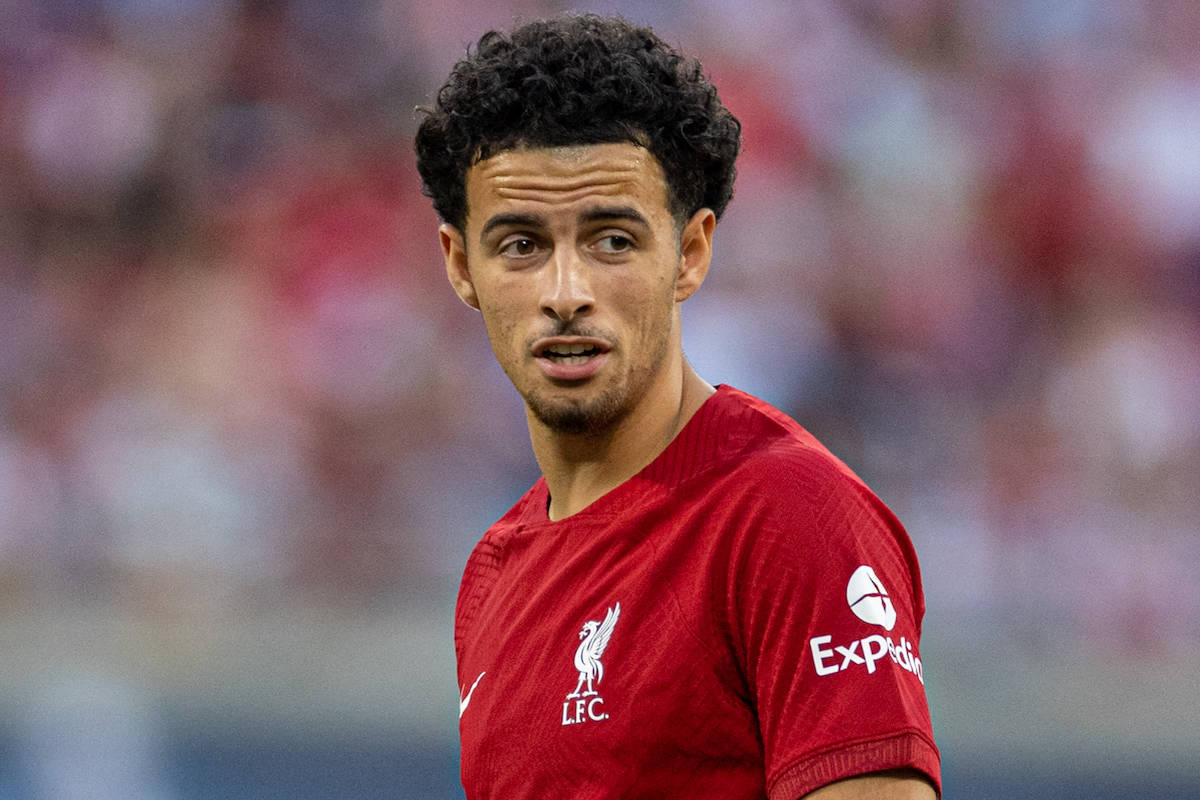 Jurgen Klopp has revealed another injury setback for Curtis Jones in a difficult start to the season for the midfielder, with more positive news on Fabio Carvalho.

The new campaign is yet to get going for Jones, who came off the bench in the Community Shield but has only made the matchday squad on one other occasion so far.

That came in the 2-1 win over Newcastle at the end of August, with the 21-year-old having recovered from a calf injury that kept him out for a month, the belief being he would take up regular duties again.

But Jones was again absent from the Merseyside derby last weekend and did not travel to Naples for Wednesday’s Champions League opener.

In his pre-match press conference, Klopp explained that Jones had suffered a recurrence of his previous injury, and though it was “not as bad” as before, it is still “not very helpful.”

“Curtis, when he was out previously, had a stress reaction in a specific bone around the tibia,” the manager told reporters.

“It was absolutely fine, no problem anymore. Trained twice, felt it again.

“It’s not as bad as the first time, but it’s bad enough to not be involved in team training again, which is not very helpful.”

Jones’ ongoing issues add to layoffs for Jordan Henderson and Alex Oxlade-Chamberlain, while Carvalho was also omitted from the 21-man squad to take on Napoli.

Carvalho suffered a dead leg during the 0-0 draw with Everton, leaving Klopp increasingly short of options in midfield despite the return of Thiago from a hamstring problem.

But Klopp is optimistic over his No. 28 and hopes he can return for the visit of Wolves on Saturday afternoon.

“Fabio got a massive dead leg, which caused the muscle some problems, so it was no chance,” he said.

“He’s walking now normal, but there was no chance to train until now.

“We hope now every day will get better and he will be ready for the weekend, but I’m not 100 percent sure.”