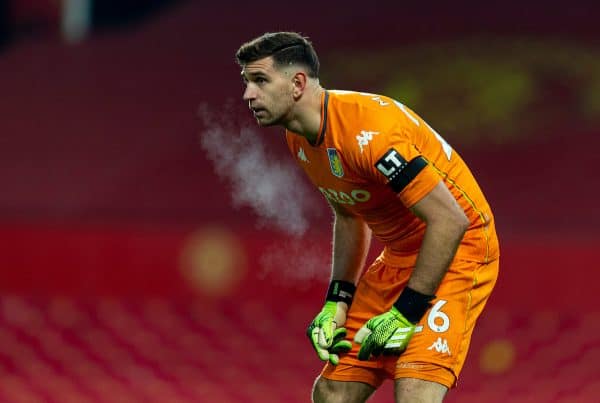 Unai Emery plans talks to have World Cup finalist back vs. Liverpool

Aston Villa manager Unai Emery is planning to hold talks with Emi Martinez after the World Cup final, in hope he will return to take on Liverpool.

It is a different approach to that which Jurgen Klopp is taking, as he affords each of his players at the World Cup at least a week off after their tournament is over.

But it speaks to Martinez’s importance to Villa, as they prepare for their first game back in the Premier League, when they host Liverpool on Boxing Day.

According to the Mail, Emery will contact his No. 1 after Sunday’s final between Argentina and France to “assess his state of mind,” with a view to having him back for December 26.

That would require Martinez to return to training beforehand, which would cut short any time off after the final, limiting any celebrations or recovery time.

It would also see him try to quickly adjust to a new style of play, with midfielder Emi Buendia telling the Birmingham Mail that Emery had “explained very well what he wants to do for us” during the break.

Martinez has played a key role in Argentina’s road to the final, most notably in a penalty-shootout victory over the Netherlands in the quarter-finals, when he saved efforts from Virgil van Dijk and Steven Berghuis.

He is also a crucial player for Villa, though so far this season he has kept only four clean sheets from 16 appearances.

If he is absent on Boxing Day, Emery is likely to start former Everton loanee Robin Olsen in his place, with third-choice Jed Steer the other option in reserve.

Unlike Villa, who are already out of the Carabao Cup, Liverpool are in action before their meeting at Villa Park, giving Emery’s side more time to focus on the league tie.

Boubacar Kamara has returned from injury during the World Cup break, but Villa are expected to be without Diego Carlos and Philippe Coutinho.