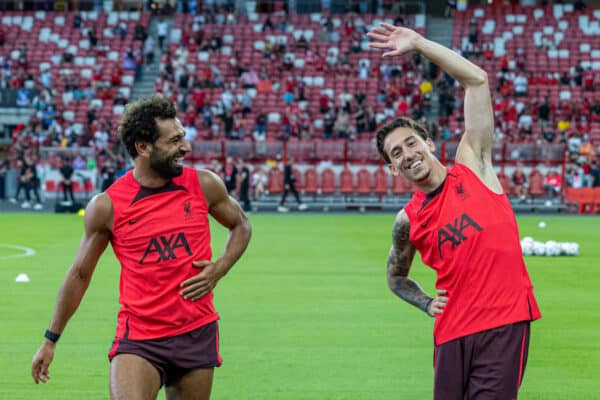 Liverpool are in action for the first time in almost a month as they take on Lyon in the Dubai Super Cup. Here’s how to watch live around the world.

The Reds were last on the pitch for the 3-1 victory over Southampton in the Premier League on November 12, before a long break for the World Cup.

Jurgen Klopp and his squad have embarked on Dubai for their mid-season training camp, and that includes friendlies against both Lyon and AC Milan.

Today’s clash at the Al-Maktoum Stadium is against Ligue 1 side Lyon, who sit eighth in the French top tier midway through their first campaign under Laurent Blanc.

Blanc’s side is littered with familiar faces, including Alexandre Lacazette, Jerome Boateng, Moussa Dembele and Houssem Aouar, and could provide a tough test for Liverpool.

Liverpool vs. Lyon is being shown live around the world on LFCTV, which is available to live stream with LFCTV GO here.

A full match replay and highlights will also be available on LFCTV GO after the game.

This Is Anfield’s coverage of Liverpool FC in Dubai is brought to you in association with LFCRetail UAE – the Reds’ official retailer in the United Arab Emirates.

You can follow all the action today and throughout the 2022/23 season with us by downloading the This is Anfield app for iPhone and Android for free.