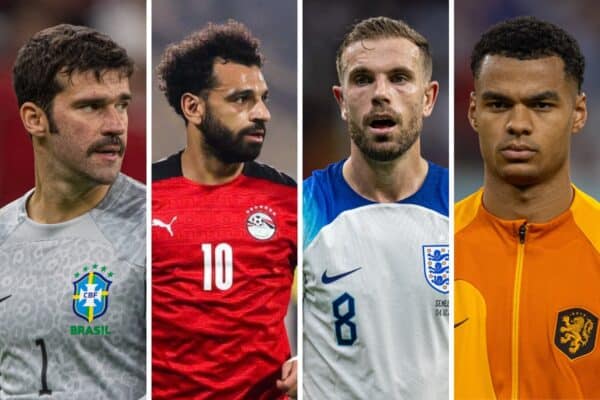 When are the 2023 international breaks?

It’s a new year and that means international breaks are to be on the horizon for Liverpool and the football world, but when are they in 2023?

There is no major tournament in 2023 but there are still four occasions, plus the summer, when club football is put on hold to cater for international exploits.

There are qualifiers for Euro 2024 and AFCON in addition to Nations League finals, a competition that Jurgen Klopp previously called “the most senseless competition in the world of football.”

But when will the Liverpool manager have to send his players to their respective nations this year?

There are five breaks in the season for international action, with only one before the conclusion of 2022/23, which, for Liverpool, slots between hosting Fulham and their trip to Man City in the league.

They are as follows:

Who will be involved from Liverpool?

The Reds are not short on international representatives, for either senior sides or in the youth setup.

Currently, 20 members of Klopp’s 28-man senior squad have represented their country in 2022/23, with Cody Gakpo‘s arrival in January adding another international into the fold for the Netherlands.

At least two games are likely to be played by each country in every window and with qualification for future tournaments dominating the schedule, there will be little reprieve for international players.