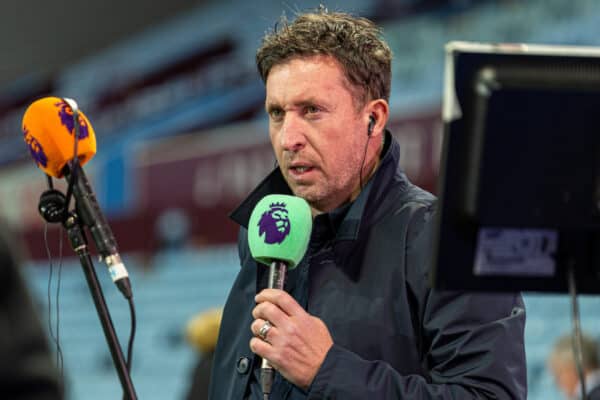 The sight of Robbie Fowler watching on alongside coaches as Oxford United took on Arsenal in the FA Cup on Monday may have been a surprising one.

Fowler stood among Karl Robinson’s support staff at the Kassam Stadium, attracting the cameras on a number of occasions as League One hosted Premier League.

With Oxford United drawn at home to Arsenal in the third round of the FA Cup, it gave an opportunity for Robinson to test his talented squad against a side currently top of the English football pyramid.

That included ex-Liverpool youngster Cameron Brannagan, who was among the standouts in a spirited performance that ultimately ended in defeat.

Brannagan came through the academy at Kirkby just like Fowler, though the 47-year-old’s presence may have come as a surprise to supporters watching on.

But it came due to Fowler’s new ties to Oxford United, with son Jacob now part of their youth setup having signed a two-year scholarship in August.

? We are pleased to welcome midfielder Jacob Fowler as a scholar at the club.?

Jacob Fowler was previously part of the Liverpool academy, but after departing the Reds he took in trials with various clubs including Rangers, before landing in Oxford.

Aside from that, Fowler senior is now also helping out in training sessions with the U’s, doing so on a part-time basis.

The Liverpool connection at Oxford United stretches further, too, with Robinson also having cut his teeth as a coach at Kirkby before moving into management.

Robinson, who took over at MK Dons in 2010 before a stint at Charlton, explained Fowler’s involvement at Oxford United back in August.

“It’s not a consistent thing, he’ll come in every now and then if he’s free – he’s got a very busy lifestyle, as you’d imagine,” Robinson told the Oxford Mail.

“Sometimes it’s not so much what he does, but what he says.”

He added: “Having him in an Oxford United kit is incredible for the brand.

“It’s just something he’s doing short term, popping in and giving a bit of advice.”

Fowler also operates in a similar role at the Liverpool academy, typically taking ad hoc sessions with the club’s young strikers, though has ambitions of management himself.