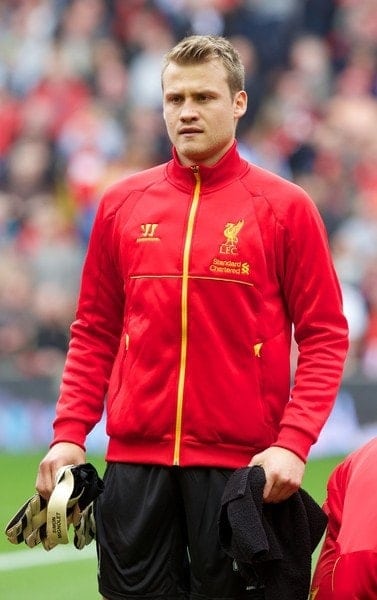 Liverpool are having a sale on their training and leisurewear, including the “walkout” jackets worn by players before the match. Warrior received a lot of criticism for this season’s away and third kits, with one blog describing them as “possibly the worst kits of all time”.

But Warrior did a great job on the training kit, with some stylish and traditional designs.

Warrior became Liverpool’s kit supplier last year, signing a six year deal with the club. They added La Liga side Sevilla to their clients this summer and have recently signed a host of players on personalised deals, including former Reds Craig Bellamy, Robbie Fowler and Tom Ince.

Anyway, LFC are offering 20% off all their Warrior products, so now would be a good time to get those Christmas presents and take advantage of the deal!