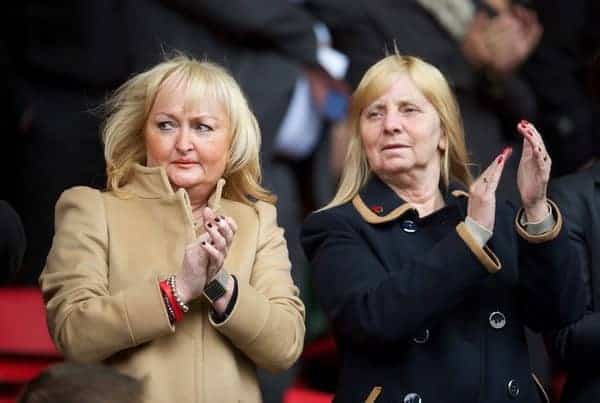 Hillsborough campaigners have been recognised for their 24 year fight for Justice with a Pride of Britain award. Hillsborough Family Support Group chairwoman Margaret Aspinall, pictured above alongside fellow campaigner and mum Jenni Hicks, accepted the award on behalf of the families in the show which aired on ITV on Tuesday night.

She was presented with the award from former Liverpool players Kenny Dalglish, John Barnes and Jamie Carragher, alongside comedian John Bishop.

Aspinall was also awarded the Campaigning Mum of the Year by Tesco earlier this year, thoroughly deserved.

In yet more evidence of the biggest cover-up in British history, it was this week revealed that police footage from the disaster in 1989 could have been edited.

The Independent Police Complaints Commission are continuing their appeal for witnesses and those who originally gave evidence.

The new inquest will begin in Warrington next spring.

Margaret Aspinall an inspiration to all. Wonderful to see her honoured at the Pride of Britain awards after not giving up hope for 24 years.

Amazing to see Margaret Aspinall & the Hillsborough families recognised with an award. One of the nicest women I've ever met. #inspiration