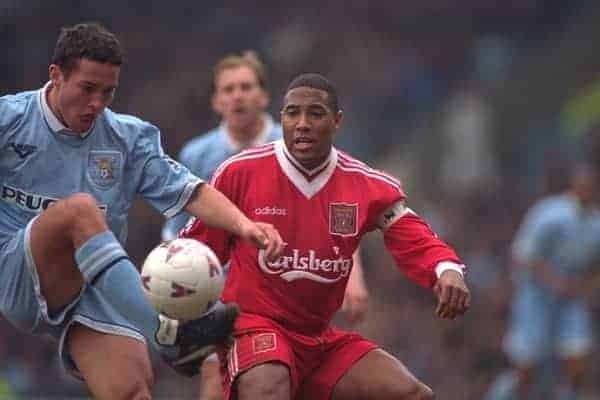 Former Liverpool captain John Barnes has expressed his desire to join other club legends at Anfield as the club continues to build for the future. Robbie Fowler, Steve McManaman and Rob Jones are all now working with young players at the club’s youth academy, whilst Kenny Dalglish was appointed a non-executive Director at the weekend.

Barnes said he would relish the opportunity to work in a ambassadorial role “to protect the brand of the club”.

“I would most definitely take the job. I played for Liverpool and working there would be a great way for me to show my appreciation to the club,” Barnes told Goal.com.

“It is the modern truth that we now lack legends that can identify with the club.

“I feel that being part of the system would benefit the club a lot since I understand the culture.

“The reality is that players come and go, but the club remains and that is why it is important to always protect the brand of the club.”

Barnes made 407 appearances in his time at Liverpool, after signing from Watford in 1987.

He scored 108 goals for the Reds and won 79 international caps for England.

Would you like to see ‘Digger’ back at Liverpool? Let us know your thoughts in the comments below, or on Twitter @thisisanfield.