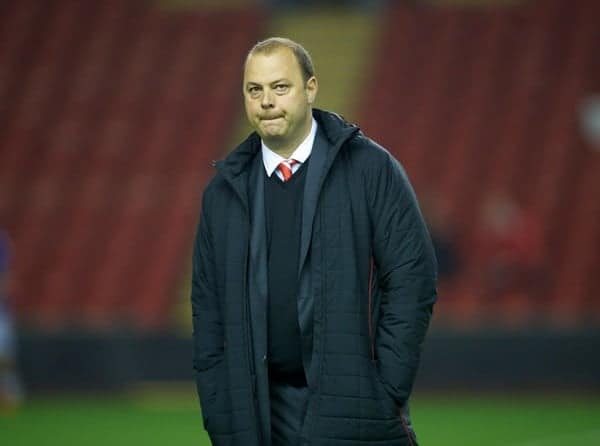 In a letter to the supporters upon his departure, Borrell said there is a bright future ahead for supporters to look forward to. He told the official LFC website:

“There are exciting times to come for Liverpool supporters and I’d like to wish Brendan, his staff, and the players, all the best for the future.”

The highly-rated Spaniard, who leaves his post as academy technical director had a pragmatic view on his departure, saying:

“Things change at football clubs all the time. This is part of the game.”

In a statement on the official website, managing director Ian Ayre said:

“The Academy will now be focused on moving in a new direction aligned to the overall aspirations of Liverpool Football Club and its long-term success.”

The statement explains that “the process is underway to identify and recruit new leadership for Liverpool’s youth structure based at the state-of-the-art training facility at Kirkby.”

Borrell and McParland joined the club in 2009 as former boss Rafa Benitez’s vision to transform the academy came to fruition. Alongside Pep Segura they restructured the academy and have seen a huge increase in players progressing from the ranks consequently.

Rumours over who will replace the departing duo have involved recently appointed under 18s coach Neil Critchley, who worked as the academy director of Crewe, and Kenny Dalglish who recently returned to the club as a non-executive director.

Dalglish was part of the changes in 2009, being appointed in a senior role at the academy where he worked until becoming manager in 2011.