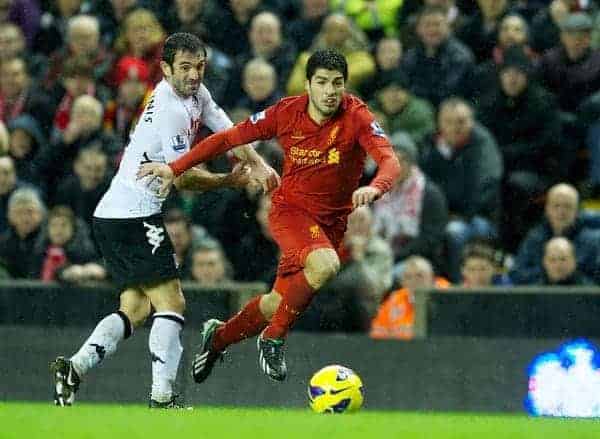 Liverpool have an almost full strength squad for the visit of Fulham to Anfield on Saturday, with only long-term casualties Iago Aspas and Sebastian Coates unavailable. Captain Steven Gerrard picked up a knock in the latter stages of last week’s defeat to Arsenal but has been declared fit by manager Brendan Rodgers.

Enrique back training and could return for #LFC v Fulham on Saturday. Gerrard and Johnson both fit to play.

Full-back Glen Johnson was a late withdrawal last week after suffering an infection, but he will also be fit for Saturday. “Tt was just one of those peculiar things that happened, explained Rodgers on Thursday.

“Maybe if it had been a day earlier, he may have been able to play. But he’s fine for the game and has looked good in training this week.”

Jose Enrique has missed the last three fixtures since undergoing an operation during October’s international break, but he has returned to training and could return to the team too.

That means only Sebastian Coates (ACL) and Iago Aspas (thigh) are missing for Rodgers this weekend.

Meanwhile, Fulham are without suspended right-back Sascha Riether, and could be without captain Brede Hangeland through injury.

This fixture last season resulted in a 4-0 win for the home side, Martin Skrtel, Gerrard, Stewart Downing and Luis Suarez getting the goals.