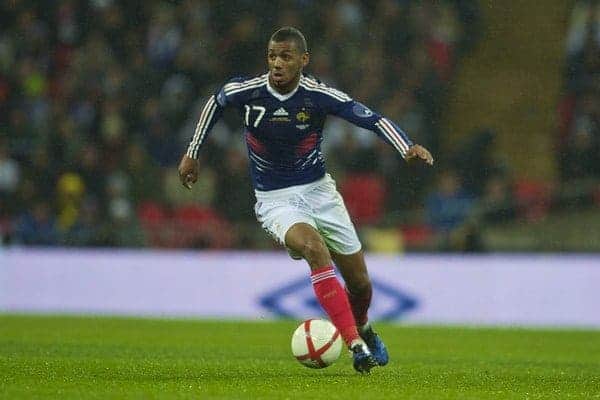 Despite the quality of Lucas and Steven Gerrard in the heart of Liverpool’s midfield, it’s lacking pace and dynamism at present. Henry Jackson (@OnFootballTweet) takes a look at five realistic options for the Reds to sign in January. Who would be your first choice? The French international has been linked with a move to Anfield for a while now, and would be a great addition to the Reds’ squad.

The Rubin Kazan man is excellent defensively but also has great vision in abundance. At just 23 years of age he will only get better too. Rumours of a move to the Reds were fuelled further when he was seen in the away end during last weekend’s Merseyside derby.

He claims he was only there to watch his good friend Mamadou Sakho playing, but could there be more to it?

The 26-year-old has been a revelation for PSG since his move from Saint-Etienne in 2011, cementing himself as a regular for both the Ligue 1 champions and France in the process.

Strong, powerful and good on the ball, he would add a much-needed extra dimension to Liverpool’s midfield. Admittedly signing him would be tough, with many of Europe’s top clubs tracking him, but his contract expires at the end of the season and Brendan Rodgers could be tempted by a January swoop. Southampton have made a superb start to the Premier League season, and Schneiderlin’s displays at the heart of the Saints’ midfield have been a key reason for their success.

The 24-year-old has everything needed to be a top class defensive midfielder: defensive awareness, presence and excellent ball retention. The latter of these is something Liverpool lack in that area at times.

The Frenchman is easily good enough to be playing for a bigger club, and would be a very shrewd acquisition by Rodgers.

The Argentina international is another player who has long been linked with a move to Anfield, and Valencia’s current financial woes could mean they are willing to sell their key midfielder.

The 25-year-old is a classy player, capable of producing incisive passes in key areas. Such is his ability he is expected to start for Argentina at next summer’s World Cup in Brazil.

Banega has made it clear that he would consider a move in January, and the quality he possesses would add a great deal to the Reds midfield. Gonalons is one of the most promising young players in French football.

He has a box-to-box style that only Jordan Henderson possesses currently at Anfield but, with all due respect to the Englishman, Gonalons is a far more talented player technically.

The 24-year-old has risen through Lyon’s academy and is now captain of the club, but he will want a move away soon in order to properly fulfil his huge potential.

Which other defensive midfielders do you think would be perfect signings in January?