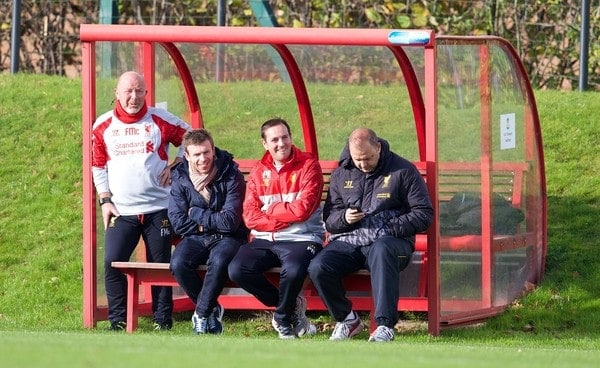 In a move that will come as a shock to many, no plans about the future of the Academy, or its leadership have been announced yet.

The pair have managed youth progress at the club since their appointment under Rafa Benitez’s management era in 2009.

Since then, the likes of Martin Kelly, Raheem Sterling, Andre Wisdom and Jon Flanagan have broken through to the first team, although none have yet to cement a place in Brendan Rodgers’ team.

Liverpool declined to comment but it is understood that McParland is in negotiations to leave with Borrell expected to depart with him.

The club are yet to comment on the report, but Rodgers has his pre-Everton press conference at Melwood this afternoon, where no doubt questions will be answered.

Liverpool appointed Neil Critchley as under 18s coach earlier this month, who was academy director at Crewe Alexander since 2007.

The news is now being reported by The Liverpool Echo. “The departure of two such highly-respected and established figures from Liverpool’s Kirkby base represents a major shock”, writes James Pearce.

The pair were informed on Wednesday they would be leaving the club, although they will serve a period of gardening leave until formalities are concluded.

Did McParland and Borell still have a job to do, or had they taken the Academy as far as they could? Let us know your thoughts in the comments below.