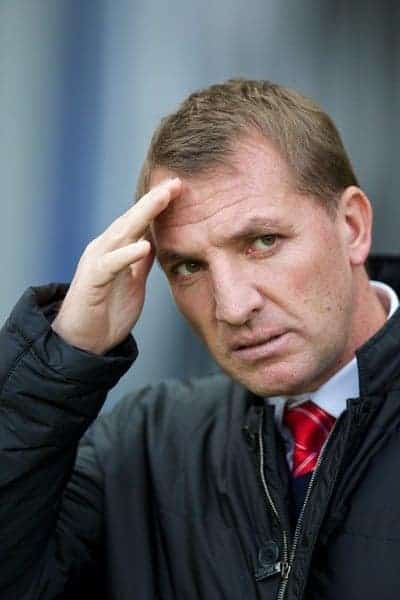 Brendan Rodgers was understandably disappointed with the way his side went down 3-1 at Hull City in the Premier League on Sunday afternoon. The Liverpool boss blamed a lack of creativity on the attack as the downfall to his side’s defeat to the KC Stadium.

The result means Liverpool have now lost three times this season and will feel it is certainly three points dropped with tricky away games at Tottenham, Manchester City and Chelsea on the horizon.

Rodgers was quoted by the BBC after the game as saying, “I thought we had plenty of effort and commitment but there were too many mistakes and with the ball we didn’t create enough.

“It was a disappointing result all round. Our confidence was high, but we did not pass the ball well, we got back into it with Stevie’s free-kick, but we had plenty of possession with no real penetration.

“There is no doubt that we miss a player of Daniel Sturridge‘s quality and we do not have a squad that is big enough to cope with his absence.”

Sturridge has been ruled out of action for between 6-8 weeks after suffering ankle ligament damage in training this week.

Rodgers added, “We cannot dwell on it too much but we now have two games at home and need to kick on but we have to be better than we were today and we will look to do that on Wednesday.”