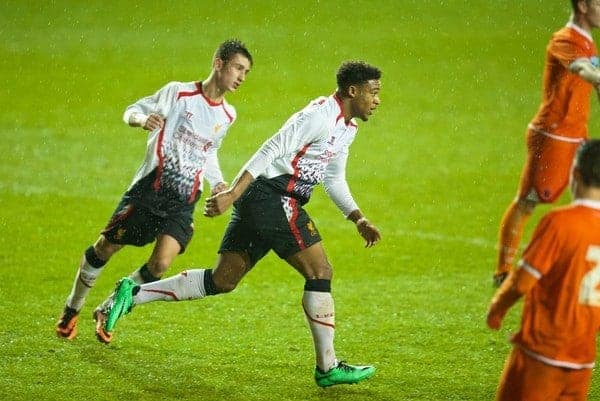 The match, which started in treacherous conditions, was an entertaining one that ended 3-3 after extra time, with Liverpool progressing 4-3 on penalties.

Ibe opened the scoring early on, weaving past the Seasiders defence before finishing well. Blackpool twice cancelled out Ibe with two superb strikes of their own and took the lead in extra time – only for substitute Seyi Ojo to score a screamer from 30 yards with his first touch!

Lloyd Jones, Harry Wilson and Ojo scored their spot-kicks, but Jerome Sinclair missed his and Pedro Chirivella blazed over to miss the chance to win.

Joe Maguire then scored in sudden death, before Ryan Crump made a superb save – his second in the shootout – to send Liverpool through.