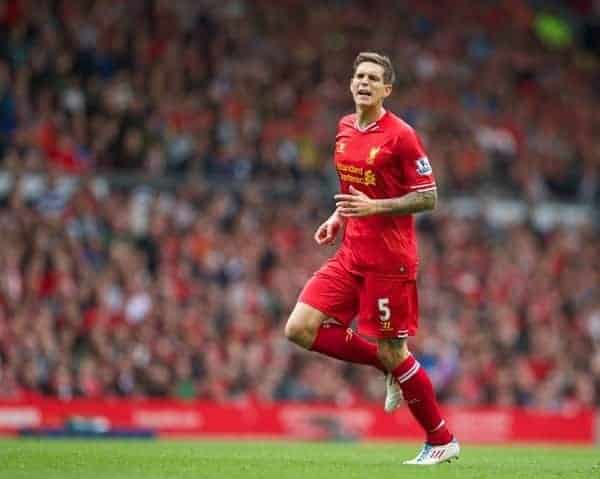 Daniel Agger is recalled for Liverpool for today’s match at Chelsea, with Mamadou Sakho moving to left-back. Agger will take over the captaincy, partnering Martin Skrtel in defence.

Agger replaces Aly Cissokh, while the rest of the side remains unchanged from the match at Man City.

Meanwhile, 16-year-old Jordan Rossiter is named on the bench for the Reds. He will wear squad number 46.

16-year-old Jordan Rossiter on the bench for Liverpool. Plenty of promising young talent coming through on Merseyside right now.

David Luiz replaces Ramires in midfield for Chelsea, while Fernando Torres is on the bench.