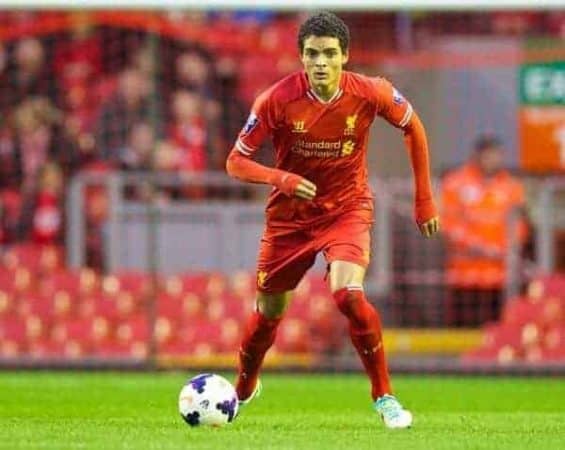 Sporting Lisbon have apparently told Sky Sports they would be interested in taking back defender Tiago Ilori from Liverpool on a loan deal.

The 20-year-old Portuguese centre-back joined the Reds on the final day of the summer transfer window, but has yet to feature for the first-team and only made a handful of appearances for the Liverpool Under-21s.

Sky Sports claim a source at Sporting Lisbon told them, “We have decided to study this subject but it depends on the Reds and formally we have not received any communication.”

Last week, Rodgers explained to The Liverpool Echo that the intention is to loan Ilori in January. “He [Ilori] has come in, he will have six months to adapt and then he will go out and get experience” the boss said.

“Signing Ilori was about looking after the future of the club. Centre-halves are very hard to get.”

Meanwhile Reds boss Brendan Rodgers says he is not set to allow Raheem Sterling to go out on-loan when the transfer window reopens in January.

England U21 winger Sterling has been linked with a number of Championship clubs to gain experience, but following him scoring Liverpool’s fifth in Wednesday night’s 5-1 victory over Norwich, Rodgers ruled out any exit for the 18-year-old.

Rodgers is quoted on ESPN as saying, “Raheem has been in the squad, he has featured in a lot of games and he has started the last two so certainly at this moment in time, we wouldn’t be considering it [a loan move].”

“He is still only a very young player. I thought his finish was excellent, that probably gets lost amid Luis’ goals, but we have just encouraged the front players to take more of a risk and get in the box. It was a wonderful finish off his left foot.

“His pressing was very good, [with] his strength on the ball and he knows he has to add the numbers to his game in goals and assists. He scored a terrific goal and I am delighted for him.”