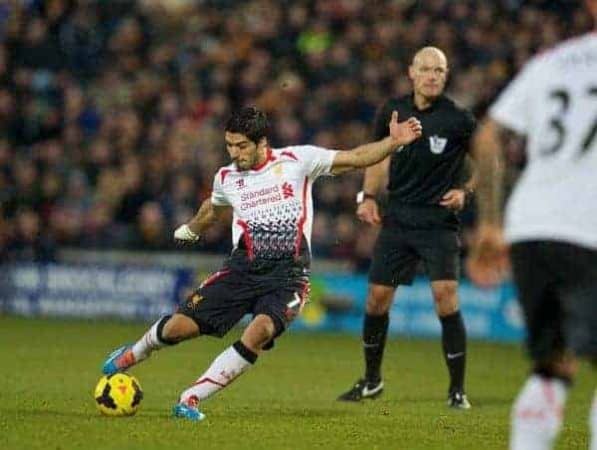 There have been some majestic efforts by Reds players since the Premier League began in 1992, and Henry Jackson (@OnFootballTweet) picks his five best over the last 21 years. What would be your number one?

Liverpool’s opening game of the 2007/08 season was heading towards a frustrating draw away to Aston Villa, with the game in its dying moments.

Gerrard, so often the club’s talisman, produced a moment of individual brilliance, curling a sensational effort into the top corner to send the travelling fans into delirium.

Danny Murphy would score an excellent winning free-kick at Old Trafford nine months after this, but Berger’s effort was even better.

The Czech Republic star rifled an thunderous effort past Raimond van der Gouw at the Stretford End, from all of 30 yards, to give the Reds the lead. Although they would end up drawing the game 1-1, it was still an unforgettable moment from the former Liverpool hero.

A huge match at Old Trafford back in 2009 was a must-win game for Rafa Benitez’s side. Fernando Torres and Gerrard had overturned an early deficit, before Aurelio’s moment of inspiration.

Nemanja Vidic had just been sent off for hauling down Gerrard, and from the resulting free-kick the Brazilian left-back bent a wonderful effort past the motionless Edwin van der Sar.

Liverpool went on to win 4-1 to reignite their title challenge, and Aurelio’s goal was the moment of the match.

With the scores level at 2-2 at Goodison Park, deep into stoppage time, Liverpool won a free-kick 35 yards from goal. Many thought McAllister would just dink the ball into the box, but the Scot outrageously went for goal, curling the ball into Paul Gerrard’s near post.

It was a huge victory in Liverpool’s quest for Champions League football that season, and McAllister became a Liverpool legend in the process.

On 4th November 2001, Jon Arne Riise scored the greatest free-kick by a Liverpool player, in my opinion. The fact that it was against United made it even sweeter.

Michael Owen had given the Reds the lead at Anfield, before they were awarded a free-kick on the corner of the Anfield Road penalty area.

The ball was laid off to Riise by Didi Hamann, and the young Norwegian thundered a sensational shot past Fabian Barthez, sending Anfield wild. The stunning effort helped Liverpool to a superb 3-1 victory on the day.

What’s your favourite free-kick by a Liverpool player? Who has Henry missed?