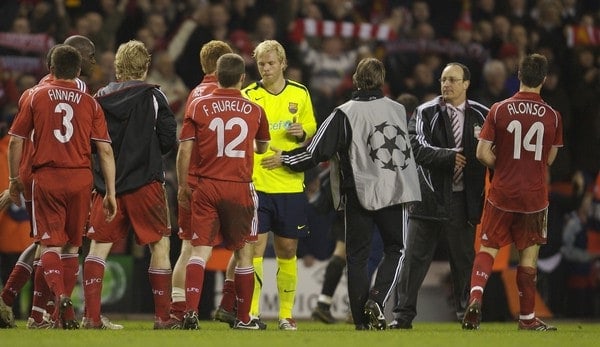 Former Liverpool boss Rafa Benitez believes this will be the season that Liverpool finish in the top four of the Premier League and “get back to experiencing the great Anfield Champions League nights”. Writing in his column for The Independent newspaper, the Spaniard said that the lack of European football this season will help Liverpool’s bid for for Champions League qualification.

“I think it will be the season when my old club Liverpool will finish in the top four, and get back to experiencing the great Anfield Champions League nights which were very special to me,” writes Benitez.

“I think there will be a changing of places because Liverpool coming fourth will mean Manchester United finishing outside of the Champions League.”

Benitez also wrote about Steven Gerrard’s role as a defensive midfielder, a “regista”. “It was interesting to see him playing in the deeper regista role in the win against Stoke City, because regular readers of this column will know why I think he has the qualities to be an influence there.

“It is his anticipation, ability to pass long and short with incredible accuracy and also dictate the tempo. Not many players can do that.”

Rafa also reserved praise for Luis Garcia, who announced his retirement this week, and Raheem Sterling after his impressive form of late.