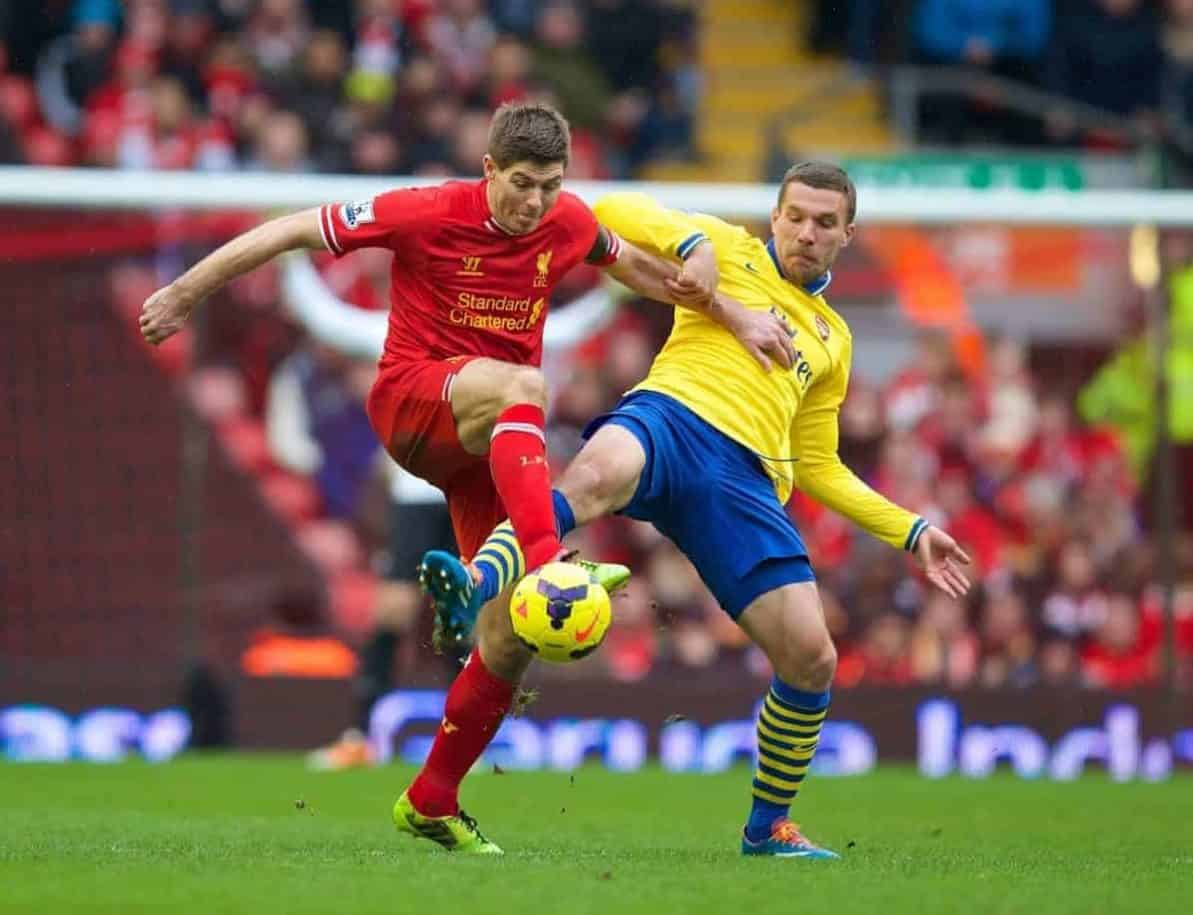 Arsenal‘s worst nightmare may come back to haunt them this Sunday as they face Liverpool again, just a week after losing 5-1 to the Reds at Anfield.

Two very important, but very different, wins in the last week for Liverpool have seen them reginte their place in the Premier League title race.

This Sunday attentions turn to the FA Cup, a trophy Brendan Rodgers would love to win as his first silverware as Liverpool manager, as the Reds play their second game in London in less than four days.

Arsenal are on somewhat of a dip of form compared to that which has seen them lead the Premier League table for most of the season.

Last Saturday’s humiliating defeat at Anfield was followed by a disappointing goalless draw at home to Manchester United, and with a Champions League tie with Bayern Munich in mid-week, the pressure is really on for the Gunners.

Arsene Wenger welcomes back midfielder Mathieu Flamini from a three-match ban, but Santi Cazorla misses the fifth round tie through illness.

Arsenal have Theo Walcott out with a long-term injury, whilst January loan signing Kim Kallstrom is also sidelined.

The last time Arsenal met Liverpool at the Emirates Stadium, they ran out 2-0 winners back in November 2013.

Liverpool are on top of their game right now, winning in style and winning ugly.

But with all the talk that Liverpool may be in the title race now, it will be interesting to see what kind of side Brendan Rodgers puts out against Arsenal this Sunday.

The Reds don’t have another match until Swansea visit Anfield a week on Sunday (February 23), but after the dramatic mid-week victory at Fulham, may use the FA Cup tie to give opportunities to some fringe players.

Daniel Agger could return to the starting line-up alongside Martin Skrtel after recovering from a calf injury, but Mamadou Sakho, Glen Johnson, Jose Enrique and Lucas Leiva remain sidelined through injury.

Youngster Joao Carlos Teixeira, who was a second-half substitute at Craven Cottage on Wednesday night, could get some more playing time.