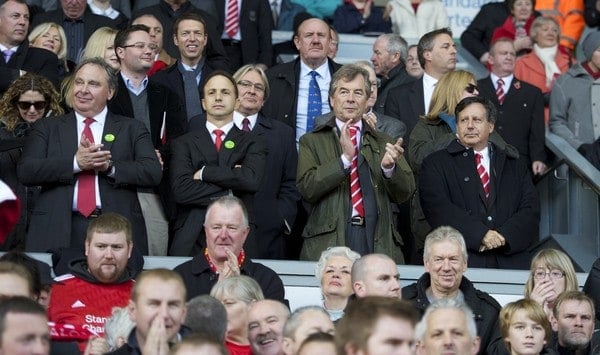 If you were asked who “runs Liverpool” you’d immediately think of manager Brendan Rodgers, principal owner John W. Henry, chairman Tom Werner or managing director Ian Ayre. However, a report suggests there is another key man in the Reds’ machine.

According to Boston based radio station WEEI FM that man is Michael Gordon – a director at Liverpool and Fenway Sports Group.

Gordon is “in many ways the member of the ownership group who is most directly responsible for the day-to-day activities of the soccer team” writes reporter Alex Speier.

He was appointed to the Liverpool board of directors upon FSG’s purchase of the club in October 2010 and was the “member of the ownership group with the most grounding in soccer” and therefore “quickly became a critical figure in the daily running of LFC”.

“He is, by far, FSG America’s most knowledgeable person with regard to soccer and is involved on the football side daily in constant communication with the members of our football committee and our manager.

He took a lead role just about the same time as we brought in Brendan Rodgers [who became manager of Liverpool in June 2012]. All of us give him a lot of credit for Liverpool’s improvement over the past 18 months.”

And an “industry source” is quoted explaining:

“He runs Liverpool. He’s the point person [among FSG owners] for the people in Liverpool. If it wasn’t for him, it wouldn’t function.”

Gordon is described as the person who deals with Ian Ayre on a day-to-day basis, discussing “issues including team resources for player transfers and the complex questions surrounding the renovation and expansion of Anfield.”

Gordon is also listed as a trustee of the Liverpool FC Foundation.