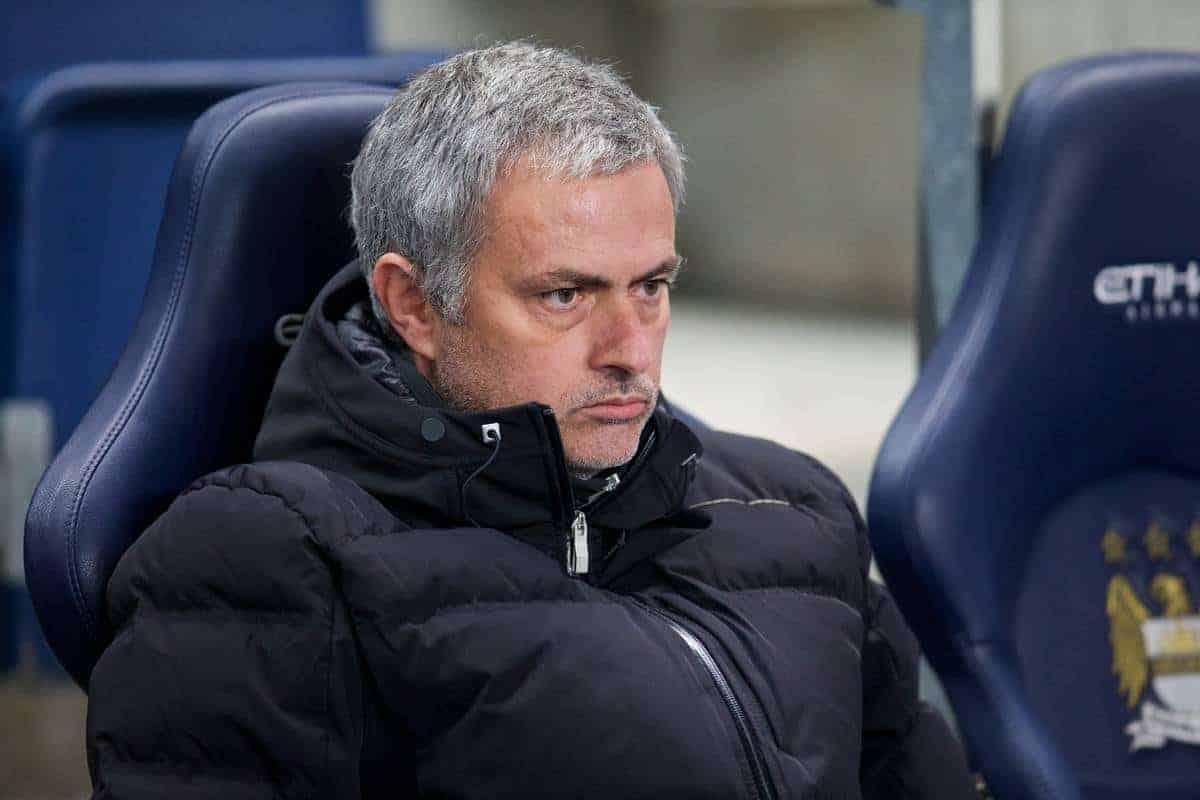 Liverpool could end this weekend’s football on top of the Premier League table with victory over Tottenham at Anfield on Sunday after Chelsea lost at Crystal Palace.

Jose Mourinho’s men went down 1-0 at Selhurst Park thanks to a John Terry own goal on 52 minutes, earning Palace their first league victory over Chelsea in 27 years.

It was the Blues’ second defeat this month, having lost at Aston Villa two weeks ago.

It means Liverpool go into their game at home to Spurs on Sunday just one point behind Chelsea, with the chance to go two points clear at the top with victory over Tim Sherwood’s men.

Here’s the updated Premier League table. 1pt off Chelsea, who have played a game more: pic.twitter.com/dr1b9NL5dv

Mathematically, City still have the edge in the title race, with two games in hand over Liverpool — currently just two points behind the Reds. They will go top if they beat Arsenal.

Both City and Chelsea are still to come to Anfield before the season ends. Manuel Pellegrini brings City to Merseyside on Sunday, April 13th (1.37pm kick-off) and Mourinho visits on Sunday, April 27th (2.05pm).

UPDATE: Man City‘s 1-1 draw at Arsenal means the title is now in Liverpool’s hands, with both Chelsea and City to come to Anfield in April.

West Brom shared a dramatic 3-3 draw with Cardiff City at the Hawthorns.

Liverpool have won their last seven games in the Premier League, and Brendan Rodgers will be hoping for a big performance on Sunday to make it eight in a row.

Having thrashed Spurs 5-0 at White Hart Lane earlier in the season, Rodgers’ side will be confident they can inflict damage on the North Londoners again.

Rodgers has no injury worries in his team selection, except for the long-term knee problem of Jose Enrique.