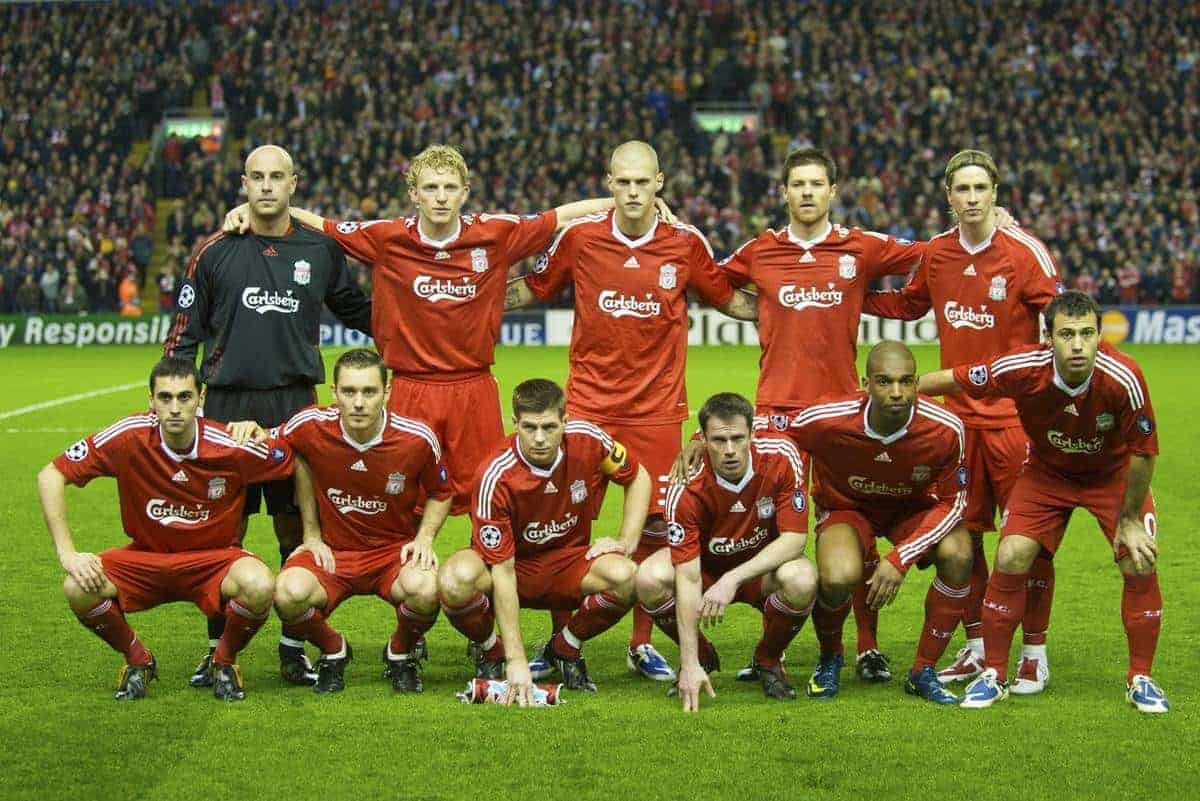 On this day in 2009: Reds annihilate Real Madrid

It’s five years to the day since Rafa Benitez’s side produced one of their greatest European displays at Anfield, dismantling the world’s biggest club to progress to the Champions League quarter-finals. Henry Jackson (@OnFootballTweet) recalls un unforgettable night back in 2009.

Having been drawn against Los Blancos in the Champions League last-16, many fancied Juande Ramos’s side to progress. They had world-class talent throughout the side, including Iker Casillas, Fabio Cannavaro, Arjen Robben and Raul.

A famous 1-0 victory for Liverpool at Santiago Bernabeu in the first-leg, thanks to Yossi Benayoun’s late header, turned the tie in their favour as the two sides met at Anfield.

Fernando Torres returned for the game after an ankle injury, and it was the Spaniard’s virtuoso performance that was the driving force behind one of the Reds’ greatest performances over the last 20 years.

Real Madrid needed to get out of the blocks early and look for a vital away goal, but the sheer relentless pressing and quality of Liverpool’s play made it almost impossible for them to stamp their authority on the game.

A wonderful early piece of skill by Torres, bamboozling Italian World Cup-winning captain Cannavaro, nearly led to the opening goal, but he was kept out by Casillas, who was exceptional all evening.

The breakthrough came in the 16th minute, and unsurprisingly it was Torres who got the goal. After out-muscling Pepe, he eventually got on the end of Dirk Kuyt’s pass across the six-yard box, finishing clinically. This was the absolute prime of Torres’ career.

The tie was as good as over 12 minutes later, as Liverpool were awarded a penalty after a handball by former Manchester United defender Gabriel Heinze. Steven Gerrard, also magnificent on the night, expertly dispatched the spot-kick past Casillas.

The second-half showed no sign of a change in pattern to proceedings, as Benitez’s men continued to entertain a joyous Anfield.

Two minutes after the restart, Ryan Babel’s cross from the left was met brilliantly on the half-volley by Gerrard, and the ball flew past Casillas in front of the Kop. It was breathtaking football.

Gerrard and Torres, arguably the most fearsome front two in Europe during the 2008/09 season, were both kept out by further world-class saves by the legendary Spanish ‘keeper, and it is no exaggerating to say it could easily have been 7-0.

The final act of the night was left to Andreas Dossena- brought on for Man of the Match Torres- who finished another sweeping Reds move with aplomb with two minutes remaining.

Nobody would have predicted a 5-0 aggregate win for Liverpool when the draw was originally made, but Benitez had once again produced a tactical masterclass in Europe.

They were knocked out in the last-eight by Chelsea, after a thrilling but ultimately disappointing 7-5 aggregate defeat. Not even that could take the gloss of what was an unbelievable team performance against one of the powerhouses of world football.