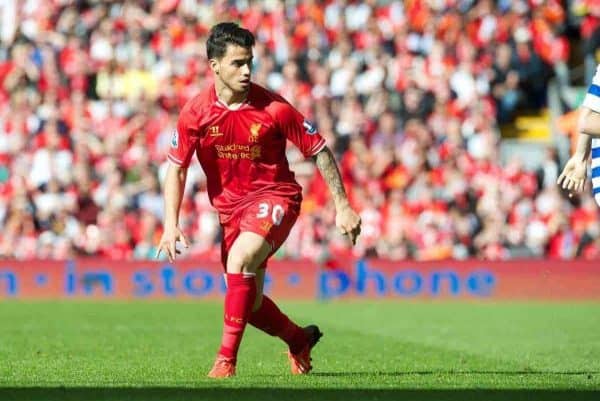 Internationals week always brings the transfer rumours out of the very back of the dusty rumour mill, and this week has been no different as far as Liverpool are concerned…

Liverpool sent scouts to watch Valencia midfielder Dani Parejo recently, and their interest is “growing increasingly” according to talkSPORT.

The 24-year-old has been one of the better performers in an underwhelming season for Valencia, scoring twice in 19 appearances in La Liga this season.

The former Real Madrid and Getafe players works as a central midfielder, and spent a loan spell at QPR in 2008.

He’s created 38 chances for Valencia this season, and boasts a pass accuracy of 87 percent, according to stats website Squawka.

talkSPORT report that Parejo could be seen as an extra option to Liverpool’s bustling midfield, although the development of Luis Alberto seems the more logical option for the Reds right now.

Rodgers is a fan of Parejo and sent his head scout, Barry Hunter, to monitor the 24-year-old during Valencia’s 2-1 win over Granada on February 23.

Elsewhere, reports in Spain suggest Liverpool youngster Suso could be set to end his hopes of regular first-team action at Anfield and return to La Liga permanently.

The 20-year-old is currently on-loan to Almeria for the season, having made 24 appearances so far.

To date, Suso has made 20 appearances for Liverpool.

Finally, remember Gabriel Paletta? He played for Liverpool four times in 2006/07 under Rafa Benitez, before being shipped to Boca Juniors.

Well, now 28-years-old and playing in Parma’s central defence, he’s being touted as the saviour of David Moyes’ Manchester United, according to the Manchester Evening News.