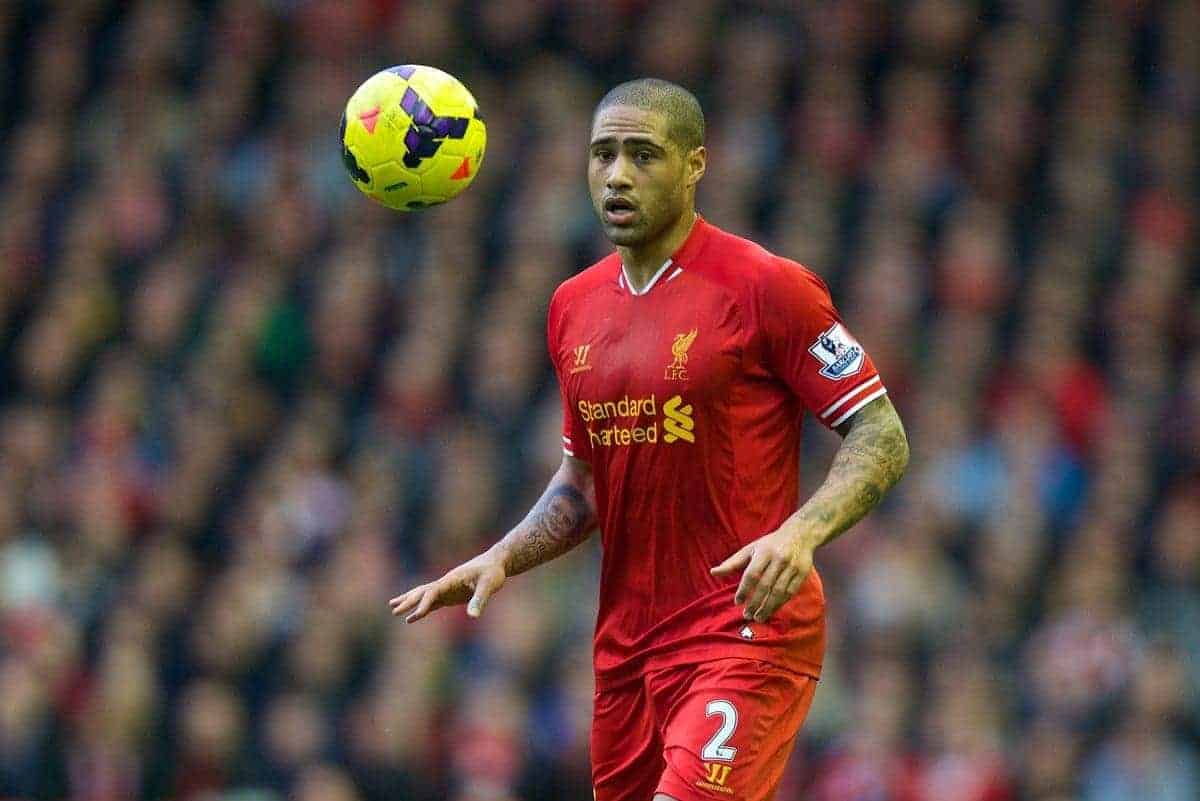 Glen Johnson believes Liverpool are good enough to stay top of the Premier League for the rest of the season after Sunday’s 4-0 victory over Tottenham at Anfield lifted the Reds to first place.

Brendan Rodgers’ men are top for the first time since Christmas and now the title is in their hands, with rivals Manchester City to come to Anfield on Sunday, April 13th.

Johnson, making his 23rd league appearance of the season in the victory over Tim Sherwood’s side says Liverpool have shown their credentials to be league leaders with six games of the campaign to go.

“Any team who is top of the league at this stage deserves to be there,” Johnson told the Liverpool Echo. “This is a difficult league with a lot of tough games but I think we can stay there.”

It was Johnson’s low cross, turned into his own net by Spurs defender Younès Kaboul, that got the ball rolling for the Reds, before goals from Luis Suarez, Philippe Coutinho and Jordan Henderson completed the rout.

Liverpool, for the second time in a week, were greeted by a euphoric noise at Anfield and a positive vibe from fans, who believe Liverpool can win the title.

“This is a fantastic club,” Johnson continued. “Everyone involved here loves it and wants to win the league badly. We want to get the club back where it should be.

“Playing in the best league in the world, the hardest thing is to go game by game. Every day you’ve got your mates texting you and you see on the news how close you are.

“But everyone here is professional. Every time we come here we have a job to do. We just need to think about West Ham away next Sunday now and concentrate on that.”

Despite Man City visiting Anfield in less than two weeks, and Chelsea on Sunday, April 27th, Johnson says he and the players are taking every game one step at a time.

The Reds travel to West Ham next Sunday looking for another crucial three points to keep them top of the pile.

Johnson added, “I’m sure everyone is looking forward to those big home games against City and Chelsea but we have to take care of West Ham first otherwise those games might not be as relevant. We have to make sure we win our next game.

“Forget the league table, just win at Upton Park. Being top now is only significant if we stay there.”

West Ham v Liverpool gets underway at 4pm on Sunday, 6th April and is live on Sky Sports 1 in the UK.

Stay tuned to This Is Anfield for more post-Spurs reaction and build-up to Sunday’s game at Upton Park.