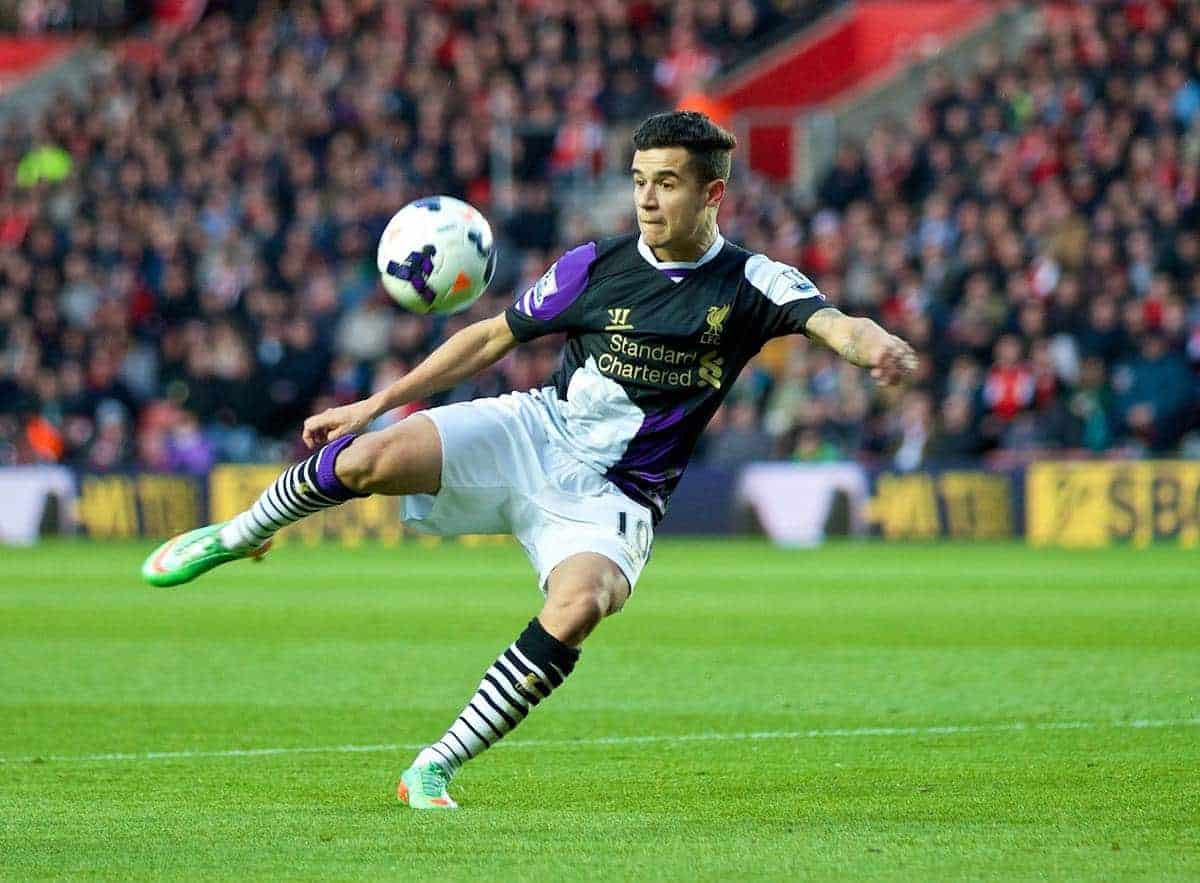 The Reds earned another massive three points at St Mary’s on Saturday, moving to second in the Premier League table in the process. Henry Jackson (@OnFootballTweet) assesses each player on the day.

Mignolet produced one of his best performances in recent months, and kept a rare clean sheet away from home.

The Belgian was commanding throughout, whether it be his decision-making from crosses or his reliable shot-stopping. Made a superb stop to deny Jay Rodriguez before the break.

The 21-year-old impressed yet again, and has become a very reliable member of the side.

Defensively he was solid, and while he may not be the most gifted player, he showed constant endeavour in getting forward and supporting the attacks.

The Slovakian excelled yet again, as his impressive season continues.

He grew in stature as the game went on, after one poor misjudgement that led to Adam Lallana hitting the post, and his tackling and aerial prowess kept Southampton‘s forwards relatively quiet.

After a very poor performance in the 4-3 win over Swansea, Agger was much improved against the Saints.

The Dane was as cultured on the ball as ever, and was better at the gritty aspects of defending than he sometimes is. An excellent response after being substituted in the first-half last weekend.

Johnson is showing signs of returning to form since coming back into the side, and although not quite back to his best, he produced a good display.

He did well at left-back, considering he is happier on the right, offering an attacking thrust and good defensive work. Was a little erratic positionally at times.

The skipper is relishing his new role in the side, playing with an authority and class that not many in the Premier League are capable of.

After a quiet first-half, he was superb after the break. The 33-year-old broke up several Southampton attacks, passed with typical accuracy and converted a late penalty to complete the win.

Not Henderson’s finest game of the campaign, but even his average performances these days are effective.

The 23-year-old was a bit sloppy on the ball at times, and missed a golden opportunity to score in the second-half. That said, his endless running and dynamism were once again crucial to Liverpool’s success.

A typical Allen display; neat and tidy on the ball but lacking real quality and influence.

The Welshman worked very hard throughout, and showed some impressive composure in possession, but he still needs to do more if he is to become a firm fixture in the team under Brendan Rodgers.

A poor performance from the little Brazilian, who has dipped in form since his sensational displays against Everton and Arsenal.

The 21-year-old gave the ball away far too often, and was guilty of trying to play the killer pass when an easier option was on. Was substituted early in the second-half.

After scoring in eight consecutive league games Sturridge could not go one better, and was not at his best on the day.

The Englishman’s pace and movement was always a threat, but his final ball and finishing were not on the sensational level they have been in recent weeks.

After a slight dip in form for his unbelievably high standards, the Uruguayan produced a terrific performance to inspire the Reds to victory.

His wonderful finish put his side 1-0 up- his 24th goal of the season- before his superb turn and pass set up Sterling for the vital second goal. The 27-year-old then won the late penalty, which Gerrard converted. Man of the Match.

RAHEEM STERLING (on for Coutinho)- 7

The 19-year-old was left out, perhaps surprisingly, in place of Allen, but still showed his importance to the team. He produced a fine finish with his first touch of the ball to put Liverpool in command, and his pace gave them an extra dimension.

IAGO ASPAS (on for Sturridge)- 6

Wasn’t on the pitch for long enough to impose himself on proceedings.

Who was your Man of the Match? Who’s been rated too high/too low?