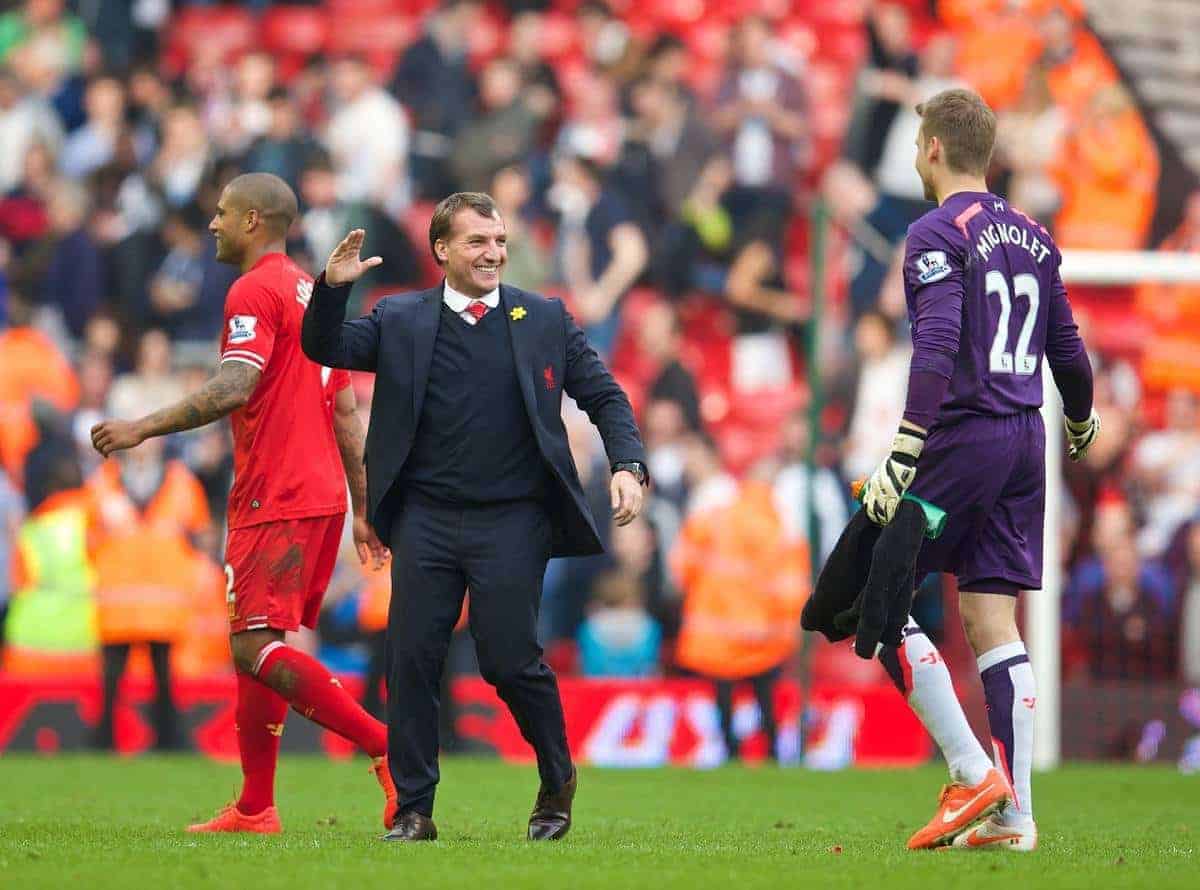 As the title race hots up, PJ Vaughan looks back in the history books and finds that Bill Shankly’s Liverpool of 1963/64 were in a very similar position to Brendan Rodgers’ Liverpool of 2013/14.

Liverpool go into what could be a title decider with Manchester City this weekend. If Brendan Rodgers guides Liverpool to the league title it will be a huge achievement for a number of reasons.

1. It has being over twenty years since we last won the league.
2. Last year we finished seventh.
3. Going from seventh to first is not usually possible without a lot of investment.

I have decided to look into Liverpool’s history to see if we have won a league in similar circumstances. I was surprised to see so many similarities between the 1963/64 season and this season.

In the summer of 1963 Shankly only signed one player (Peter Thompson). Last summer Liverpool signed a new goalkeeper and a new centre back. We also signed a few squad players and a couple of loan players but it is largely last year’s squad that is performing so well this season.

Shankly would not change a wining side. Rodgers follows the same strategy. This is stranger nowadays as teams usually rotate their squads or pick teams to suit their opposition.

In 1963/64 the media gave Liverpool no chance of winning the league, especially after a 3-0 defeat at Sheffield United, a team Liverpool would have expected to beat easy. This season a 3-1 defeat at Hull City lead to many of the media to write of Liverpool’s title chances.

Liverpool beat Arsenal 5-0 at home in 63/64 the game turned out to be the day they were crowed champions. This season it was 5-1.

Liverpool defeated Everton at home in 1963/64. Liverpool also defeated Tottenham Hotspurs home and away in 1963/64 as they also have this season.

Liverpool had to play their main title rivals in the 1963/64 run in. Manchester United were the favourites to win the league as Manchester City are now. Manchester United’s main danger was a player that the Liverpool had coveted previously. Denis Law had worked with Shankly at Huddersfield but when Shankly pressed the board to sign him they refused to sign as they deemed him too expensive.

Forward to today, one of Manchester City’s principle danger men is David Silva. Rafa Benitez had urged the board to sign him when he was Liverpool but the board declared him too expensive.

If we do win the title this season it will because of good coaching. Rodgers has coached a squad that finished seventh last season and turned them into title contenders at the very least. Rodgers has empowered his players to believe they are winners like Shankly did 50 years previously. We all hope we win the league in May. I feel the template that Rodgers is creating very much echoes our past.