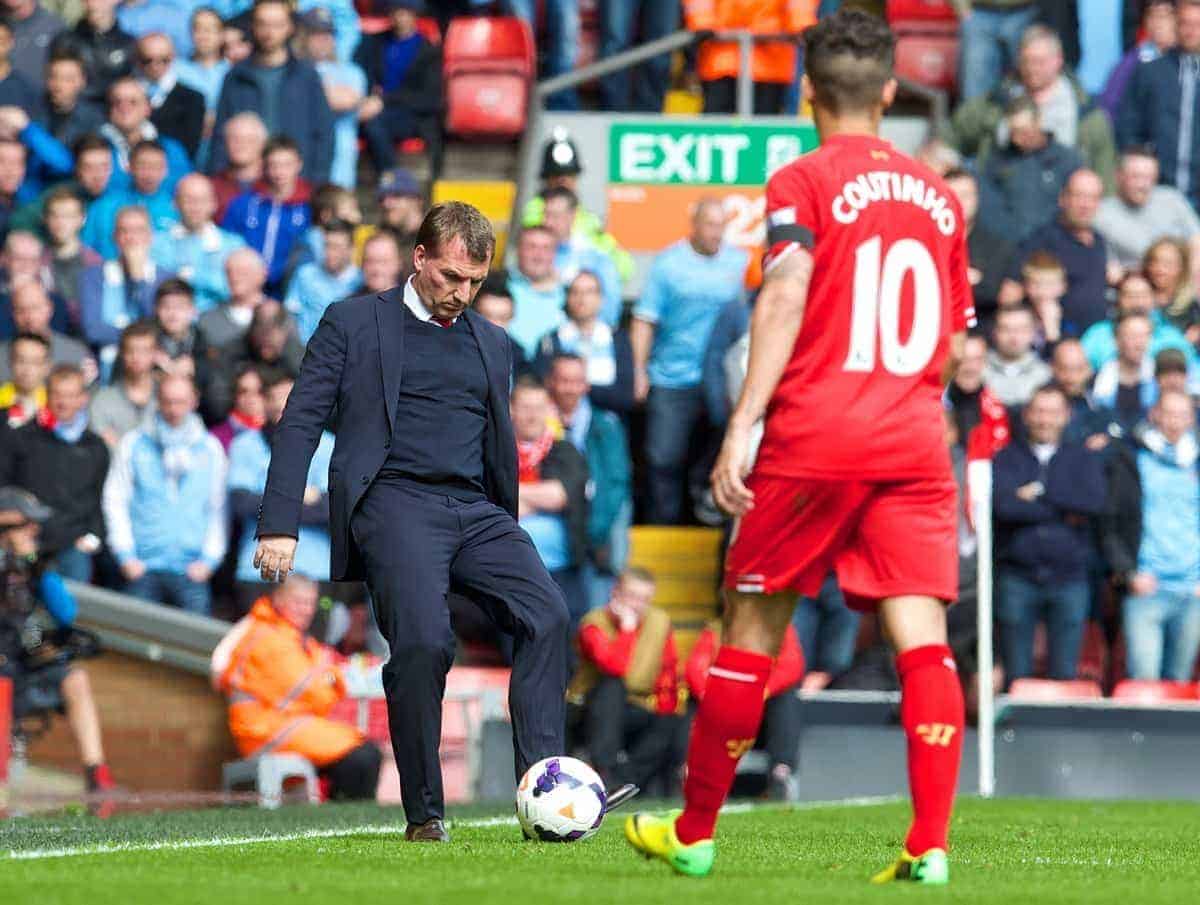 Brendan Rodgers was understandably delighted with his side’s 3-2 victory over title rivals Manchester City at Anfield on Sunday afternoon to keep Liverpool top of the Premier League with four games to go.

First-half goals from Raheem Sterling and Martin Skrtel gave Liverpool a comfortable 2-0 lead by half-time, but a strike from David Silva and a Glen Johnson own goal brought the visitors level just after the hour mark.

Philippe Coutinho‘s strike from the edge of the area with 12 minutes to go proved to be the winner and the Reds are now just four games from being crowned champions.

It was a wonderful day at Anfield as tributes were made before kick-off with the 25th anniversary of the Hillsborough disaster on Tuesday, before a rousing and courageous victory.

“We’ve been put under pressure in a very big game against a big opponent but you can see from our football that we are coping,” said Rodgers to BBC Sport after the game.

“My message to the players is to continue. We don’t need to change.”

Rodgers also praised the way his side went on to win the game, despite giving away a two goal lead so early in the second-half.

He added, “I give a lot of credit to the players. Our performance level, particularly in the first half, was quite sensational.

“In the second half, we expected City to come back into it because they are a wonderful team with quality players and an outstanding manager in Manuel Pellegrini.

“We showed a great mentality. The group is very, very tight. There has to be a cause to fight for and you could see that intensity.”

Liverpool now go to Norwich City next Sunday, 20th April, before fellow title contenders Chelsea visit Anfield on Sunday, 27th April for what many will bill as a title decider.