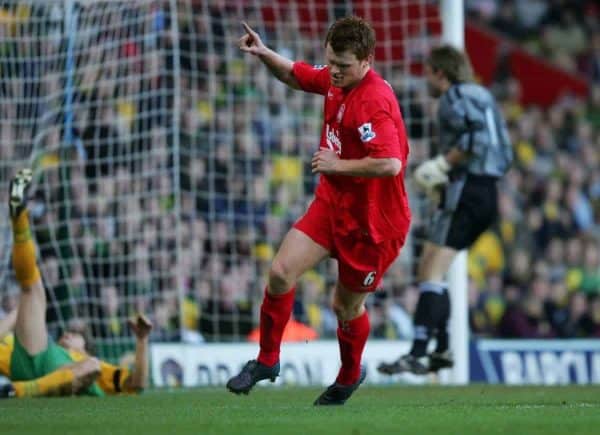 Brendan Rodgers and his title hopefuls face Norwich on Sunday knowing a victory would be another huge step towards winning the Premier League title. Henry Jackson (@OnFootballTweet) looks back at Liverpool’s last five trips to face the Canaries.

A sensational individual display from Luis Suarez, not for the first time against Norwich, inspired Rodgers’ side to an empathic win at Carrow Road last season.

Two superbly-taken finishes in the first-half from the Uruguayan put Liverpool in control before the break, before Nuri Sahin scored from close-range- a rare good moment in a Reds shirt- shortly after the interval.

Suarez completed his hat-trick with a curled effort in the 57th minute, before Steve Morison pulled a goal back for the hosts. Steven Gerrard’s effort then took a wicked deflection off Leon Barnett to make it 5-1, before Grant Holt’s late consolation completed the scoring.

Another Suarez masterclass was the difference between Liverpool and Norwich back in 2011/12, as Kenny Dalglish‘s men recorded a resounding 3-0 win.

Good work from Gerrard midway through the first-half saw the skipper set up the Uruguayan to fire past John Ruddy, and El Pistolero rifled home a second soon after.

Suarez’s best was saved until last, however, as his audacious attempt from almost the halfway line lobbed Ruddy to complete his treble. It was a genuine Goal of the Season contender.

Liverpool’s 2004/05 campaign may not have been the best in the Premier League– they did win the Champions League, however- but this was a decent victory for Rafa Benitez and his side.

After a tight first-half, the deadlock was broken 12 minutes after the restart. Luis Garcia, such a talisman at times during that season, produced an excellent lobbed finish to give the Reds the lead, before Jon Arne Riise added a second six minutes later.

Ryan Jarvis pulled a goal back late on with a terrific effort, but the Reds held firm.

Roy Evans’ side picked up a decent victory back in the 1994/95 campaign, strengthening their hopes of a top four finish in the process.

Left-back Steve Harkness gave Liverpool an early lead with a clinical finish, but Norwich drew level thanks to Robert Ullathorne’s effort before the break. The final say was left to Reds record goalscorer Ian Rush, however, who tapped the ball home after Andy Marshall’s initial save.

The Reds went on to finish fourth, while the Canaries were relegated.

This was the last time Liverpool dropped points in a league game at Carrow Road, but it could have been far worse were it not for a late equaliser from one of the club’s all-time great players.

Young Norwich striker Chris Sutton, who would win the Premier League title the following season with Blackburn, gave the host’s the lead, and that’s how it remained until half-time.

Ian Culverhouse’s own goal brought the two sides level early in the second-half, but Sutton’s second of the match put Norwich back in front. John Barnes ensured Evans didn’t suffer defeat in his first game in charge- he had replaced Graeme Souness as boss a few days earlier- as he made it 2-2 after 77 minutes.

What is your favourite Liverpool memory against Norwich from over the years? Let us know in the comments section below.