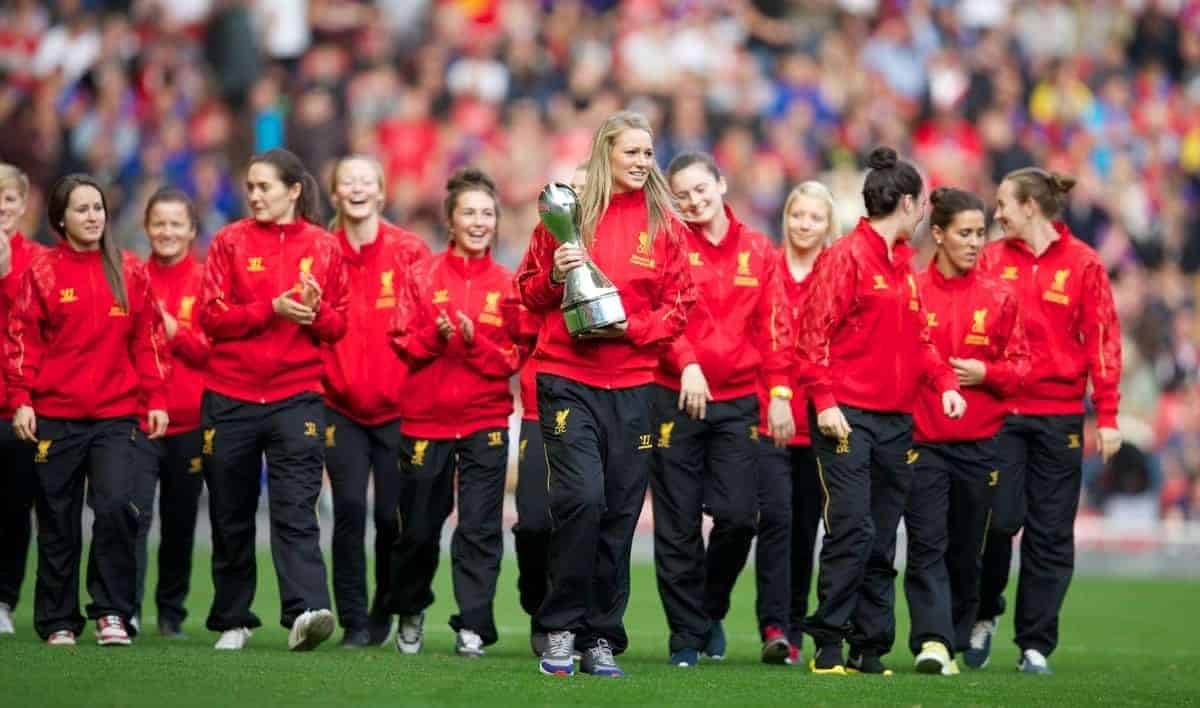 In 2013 Liverpool took the Women’s Super League by storm, the team that had finished bottom of the table in 2012 and 2011 were replaced by a group of players who embodied team spirit.

With a couple of close results over the course of the second half of the season, the league title went down to the final day of the season where a record crowd watched as Gemma Bonner lifted the WSL trophy following a 2-0 victory over runners up Bristol Academy.

This year promises to be the most competitive year of the WSL yet, with teams around the league all strengthening and many upping the amount of training sessions for their players. The addition of a second tier to the league to allow promotion and relegation for the first time also gives teams at both ends of the table something to play for.

Introductions to the New Signings

Martha Harris was named Lincoln Ladies Player of the Season in 2013, at aged just 18 she is already a regular at England U23 level. Comfortable at playing anywhere across the back line and also able to step forward into midfield, Harris is a versatile addition to the squad.

Gemma Davison joins Liverpool from Arsenal; lightning quick pace both with and without the ball, Davison can play both up front and on the wing. Following her move to Merseyside, Gemma received a long overdue recall to the England set-up under new manager Mark Sampson.

While playing for Bristol Academy during last year’s FA Cup Final, Lucy Staniforth ruptured her ACL. After signing for Liverpool and impressing during two pre-season friendlies the club announced that the midfielder had again ruptured ligaments – albeit this time in the opposite knee – and will miss the entire season.

Libby Stout is Liverpool Ladies’ new number 1 and joins from German side BV Cloppenburg. On her competitive debut for the reds in last weekends’ FA Cup fifth round tie Stout made a superb save, stretching to save a strike destined for the top corner.

Youth players: Along with the four new signings, Liverpool’s squad has been boosted with a number of promising youth players who have been performing well in the Northern Development League which takes place during the women’s off-season.

Katie Zelem, Ellie Stewart, Hannah Dale, Ashley Hodson, Bethany Donoghue and Danielle Gibbons have each received promotion to the first team and been named in the squad list for the upcoming season. With the exception of Donoghue, they have made first team appearances throughout pre-season and will be valuable additions to the squad.

Liverpool Ladies have played in 4 pre-season friendlies to prepare them for the upcoming season, each against a side in the newly created second tier of the WSL. Having won all 4 games they have now extended their winning streak to 12 games in all competitions since August.

First up the reds were away at Sunderland Ladies, goals from Natasha Dowie and Amanda DaCosta securing a 2-0 win and give the team a winning start to 2014. Liverpool’s four new signings also made their débuts for the club.

Next came 2 home friendlies 1 month apart; Doncaster Belles came to Widnes and were beaten only in the final minutes of the game when 17-year old Ellie Stewart headed home from a corner. Amanda DaCosta missed out on this game through injury and her absence on the pitch was noticeable.

The first and only goal Liverpool conceded during pre-season was during the next game versus Aston Villa. The Midlands side put up a good fight against the reds who rallied to win 2-1, Fara Williams playing a big part in both goals but particularly the second in which the England midfielder played an inch-perfect pass to Katrin Omarsdottir who netted the winning goal.

The final game before the competitive action begun was a behind-closed-doors friendly with Millwall Lionesses. Fara Williams scored from the spot, Martha Harris grabbed her first Liverpool goal and Natasha Dowie bagged a brace in a 4-0 rout.

Key Dates for the Upcoming Season

Liverpool will begin their title defence at home against newcomers to the league Manchester City. City have invested heavily in their squad and now boast the backbone of the England team amongst their ranks.

The first away trip sees Liverpool travel to Staines to take on Chelsea just 3 days after the season opener. Like Manchester City, Chelsea have brought in many players including Arsenal duo Gilly Flaherty and Katie Chapman.

Prior to Liverpool’s title win last September, Arsenal had been the top women’s team in England for 9 consecutive years. Lost many key players over the transfer window but have kept hold of talented young players Danielle Carter and Jordan Nobbs who could be key to Arsenal‘s future.

The first league derby in 2014 will follow an FA Cup quarter final tie which will be played on Sunday 27th April. This year Liverpool and Everton are sharing the Select Stadium in Widnes as a home ground. The blues have a predominantly young squad and have lost captain Jill Scott and star striker Toni Duggan to Manchester City.

The final game of the 2014 season will come in the middle of Liverpool’s first ever games in the Champions League and is a  repeat of last years final game. Like Liverpool, Bristol have managed to keep the majority of their squad from the 2013 season yet have lost manager Mark Sampson who is the new England boss.

Season tickets for the Ladies games can be purchased via the official website, they are priced just £30 adults and £15 concessions – this includes all home league and cup games. Alternatively tickets can be bought on the gate for £5 adults and £2.50 concessions.