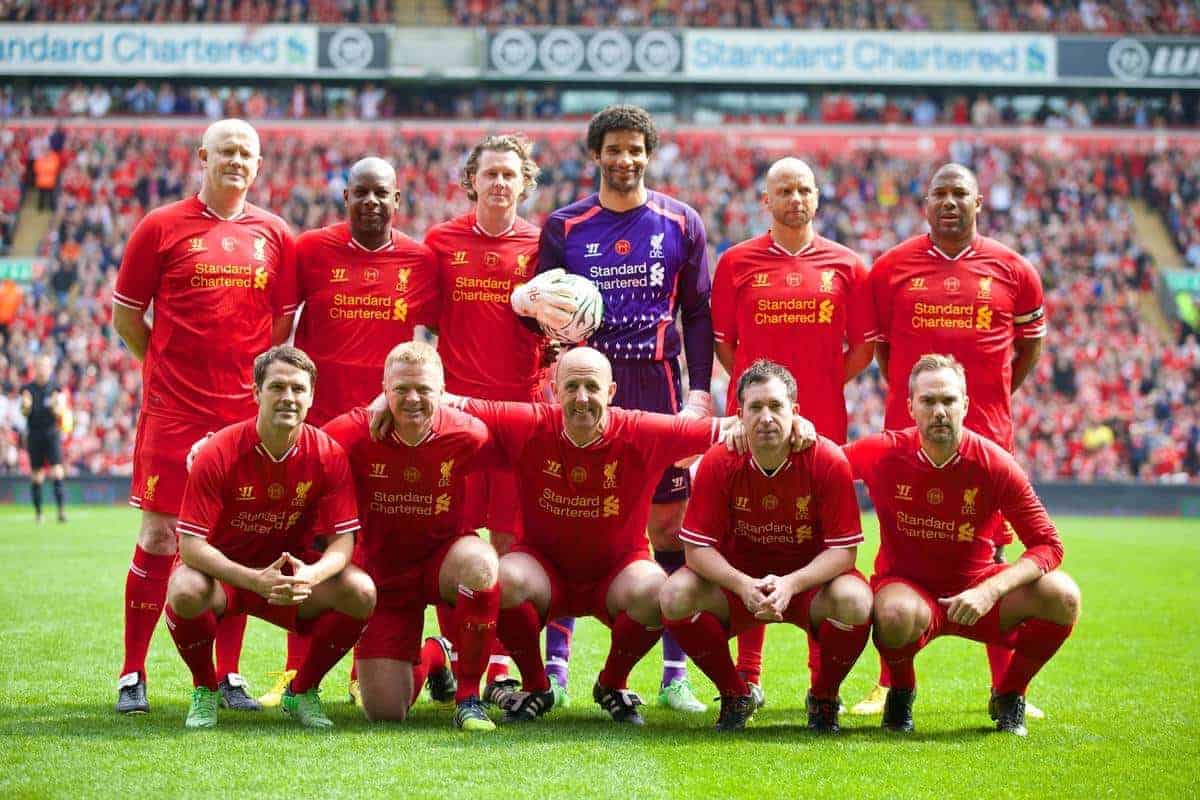 A who’s who of former Liverpool players returned to Anfield on Easter Monday for a Celebration Of The 96 charity match to mark the 25th anniversary of the Hillsborough disaster. A capacity crowd turned out to see a “local” legends side take on an “international” legends XI, managed by former bosses Kenny Dalglish and Gerard Houllier.

The matched ended in a 2-2 draw, with Robbie Fowler scoring both goals for the “home” side. Fowler scored an injury time penalty to cancel out goals from Vladimir Smicer and Bruno Cheyrou.

Michael Owen also made a return to Anfield, lining up alongside Fowler and Steve McManaman and adding a very mid-1990’s feel to the match.

It was a family occasion, raising funds for the Hillsborough Family Support Group and LFC Foundation.

Pre-match entertainment included the current Liverpool side on the pitch playing against local kids, with the current squad watching on from the stands for the match itself.