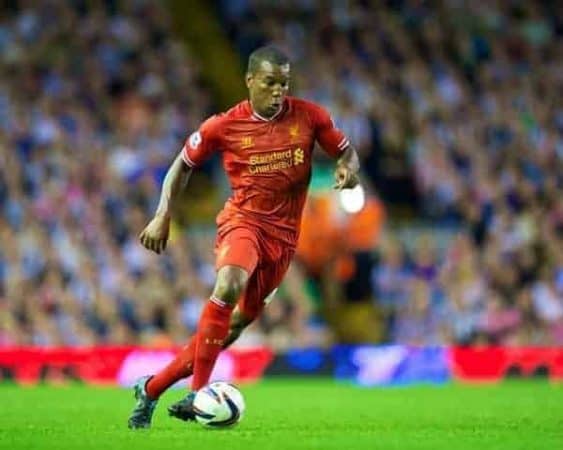 Liverpool defender Andre Wisdom has been a key figure while on loan for Derby County as the Midlands side qualified for the Championship play-off final on Sunday. We get the opinions of Ollie Wright from derbycountyblog.com.

Nigel Clough’s sacking early this season was a shock to many, but came after a disappointing start to the season at home, in which Derby suffered consecutive defeats to Leicester, Burnley and Reading. The final straw for the board came when Jack Hobbs lost his marker at a corner to head past Lee Grant, giving our bitterest rivals Nottingham Forest a 1-0 victory at the City Ground.

Defending had been a real issue for some time with Derby and an inability to cope with set pieces and crosses was a particular bone of contention among fans. I remember for a while, it seemed that whereas we had to work hard to create our goals, all the oppos needed to do was sling the ball into the box. In the first post-Clough game, newly appointed head coach Steve McClaren watched in horror from the stands as Derby weakly slumped to 1-4 at half-time against Ipswich. Three of the Tractor Boys’ goals came from set pieces.

McClaren’s response was to sign Andre Wisdom on loan and ever since, the defence has essentially been sorted. Playing at right back, he has been as good as a third centre back in providing extra height and power in our side. The manner in which he dealt with Brighton winger Kazenga LuaLua during the first leg of the play-off semi-final summed his season up – utterly assured, unfazed by pace or trickery, an all-round ‘rock at the back’, adding immensely to the solidity of our side.

Offensively as well, he has shown real aptitude. My favourite memories from his season involve him skinning two or three players on a mazy, cheeky dribble at Wigan and a storming run down the wing at Barnsley, before his cross picked out Chris Martin at the back stick for a picturebook goal in front of the delirious Rams fans. However, in recent weeks, Wisdom has been instructed by the coaching staff to hold his position more and allow left back Craig Forsyth to do more of the attacking.

My only criticism of Wisdom is that he is apparently entirely one-footed and will do almost anything to avoid using his left foot. This is a deficiency that may put a ceiling on how far he can ultimately go and something he should certainly work on, if it’s not already too late.

I was very surprised that we were able to get Wisdom on loan and thought at the time that he would be a fantastic signing – so it has proved. His strength, technique and pace make him a totally assured presence at Championship level and I hope he is eventually able to make the step up into the Premier League.

Perhaps ultimately, his best position will be centre back, but he has done a phenomenal job for us at right back. There’s a debate to be had as to whether Wisdom or Everton‘s Leon Osman now ranks as the best loan signing in Derby County’s history.