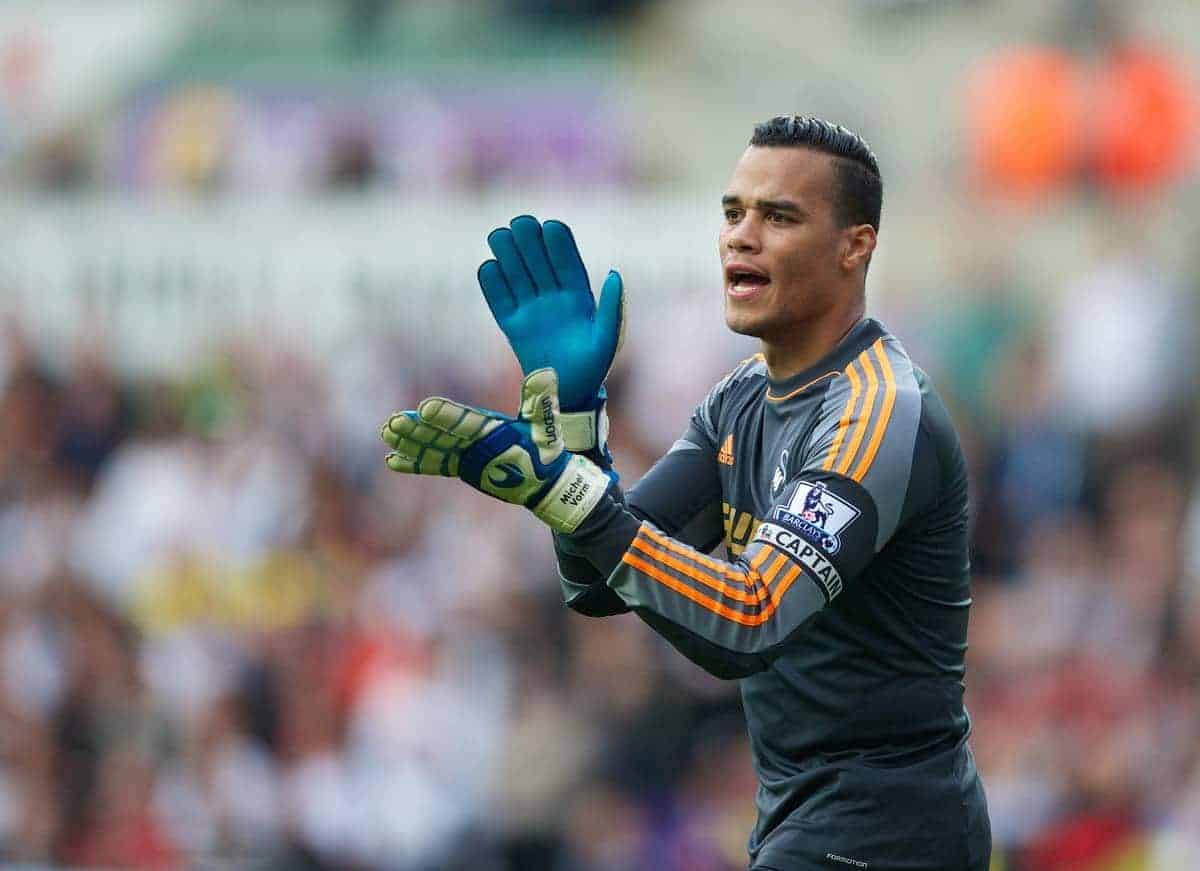 Swansea goalkeeper Michel Vorm is one of Liverpool boss Brendan Rodgers’ top targets this summer, according to the Liverpool Echo.

The newspaper reports that the Reds are “ready to step up their efforts” to sign the 30-year-old from Rodgers’ former club in south Wales.

Neil Jones wrote on the Echo’s website on Wednesday night:

Liverpool believe Vorm could be available for as little as £5m this summer, with Swansea reluctantly willing to cash in on one of their biggest earners.

Vorm would be seen as improving the quality of Rodgers’ overall squad and providing good competition for Simon Mignolet.

I really like the idea of #Vorm coming in , should provide real competition to #Mignolet #LFC

Alan Nixon wrote in the Mirror earlier this month:

With Liverpool back in the Champions League, Rodgers thinks there is a need for a second senior No.1 at Anfield. Vorm would jump at a move to Merseyside and the chance to compete for first-team ­action – and Mignolet will benefit from the challenge.

Vorm has made no secret of his desire to move to Anfield in the past, admitting he relished the opportunity to reunite with Rodgers in an interview in April 2013.

Why would Vorm want to be mignolets back up when He plays every week for a prem league side? Not likes he's that young either needs to play

Vorm made 26 appearances for Swansea during 2013/14 — the middle section of which was hampered by injury.

He kept seven clean sheets during the season, averaging 2.04 saves per game and boasting an average claim success rate of 99%, according to Squawka.

Vorm is among a number of goalkeepers to be linked with moves to Liverpool this summer and last week This Is Anfield’s Jack Lusby assessed the club’s goalkeeper options.

We’re updating the site daily with the latest Liverpool transfer rumours, so be sure to keep an eye on our Rumour Mill section.

Would you like to see Liverpool sign Vorm? Vote in the poll and let us know your thoughts in the comments section below.