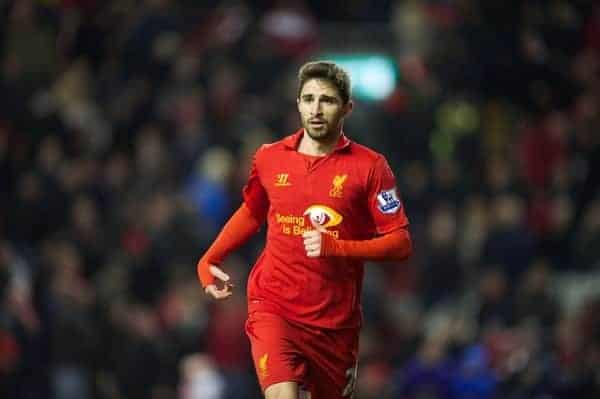 Liverpool will allow Fabio Borini and Ousamma Assaidi to leave the club this summer, but want to recoup £19 million for the duo, according to a report on Wednesday.

The Daily Mail claim that Liverpool have put a £7 million asking price on Moroccan winger Assaidi, 25, who arrived from Dutch club Heerenveen for £3.5 million.

For Borini, the 23-year-old Italian forward, Liverpool are seeking to recoup the £12 million they spent when they signed him from AS Roma.

Borini is a player who many fans feel could provide good cover for Luis Suarez and Daniel Sturridge next season, and the player’s agent recently claimed he won’t be leaving Anfield.

“There have been approaches from several countries, including Italy,” his Marco De Marchi told Italian website Calciomercato.

“I have not spoken to Brendan Rodgers yet but the player is tied to Liverpool by contract for another two years and at the moment I don’t see that he could leave.

“Anyone who wants Borini will have to talk to Liverpool but I know he would like to continue his Premier League adventure because it’s a style of football that suits him perfectly.”

If Borini and Assaidi leave this summer, only Joe Allen will remain of Rodgers’ signings in his first summer.