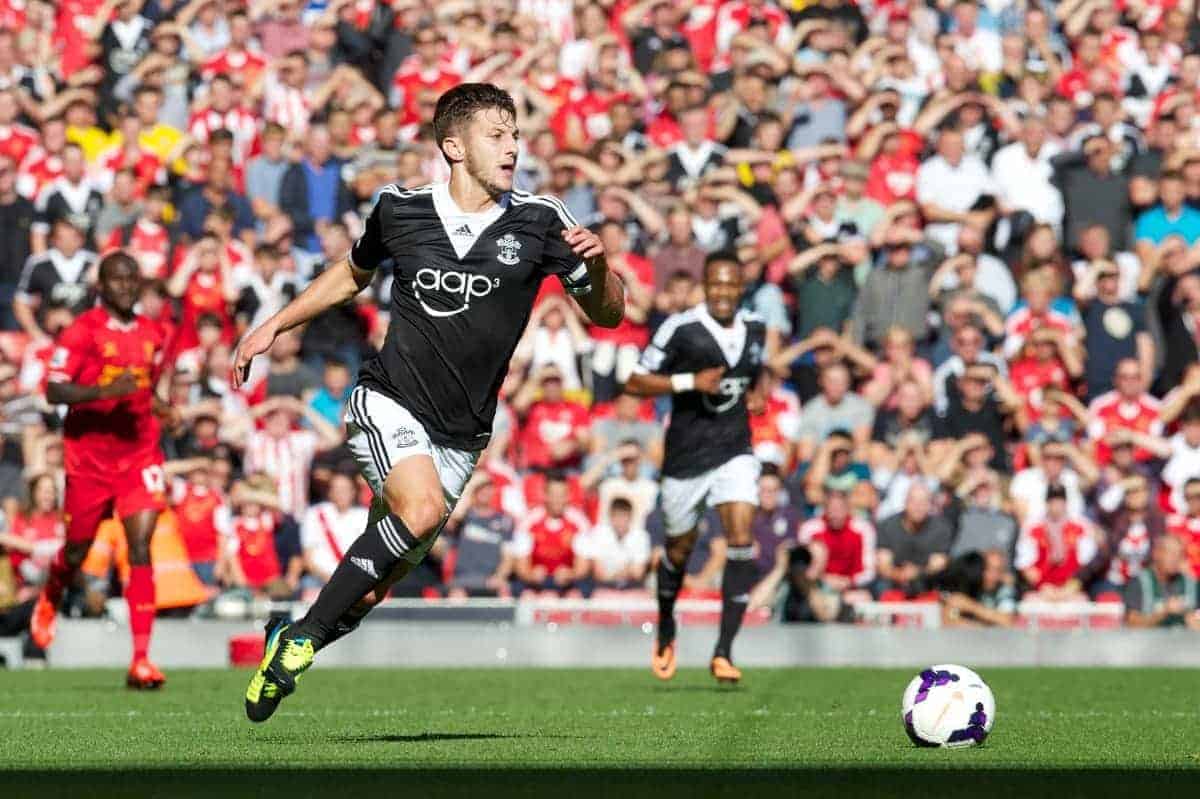 Liverpool’s pursuit of Southampton and England midfielder Adam Lallana is not over yet, according to reports.

The Reds were knocked back in their post-season attempts to sign the 26-year-old before Lallana flew out for World Cup action with many believing Liverpool would move onto different transfer targets.

The latest bid, an offer of £25 million was rejected by the Saints, who later put out a statement suggesting no players would be sold before the appointment of a new manager.

Ronald Koeman became Mauricio Pochettino’s successor at St Mary’s last week, and now Liverpool are set to renew their bid after the World Cup is over, report the Liverpool Echo.

Liverpool hoping for third time lucky in bid to get Lallana following the World Cup http://t.co/lkJGzznkE0

Southampton though still hold out hope of keeping Lallana and defender Dejan Lovren, who has also been the subject of speculation linking him with a summer move to Anfield.

“I hope the announcement will prick up a few ears and they will think that’s a good positive move from the club,” Saints executive director Les Reed told BBC South Today on Wednesday.

“If players leave, it will be because we believe it is right for the club.”

Left-back Luke Shaw could also be on his way out of the club, heavily linked with a £27 million move to Manchester United.

Reed went on to challenge the likes of Liverpool and United to up their bids, but hopes loyalty will sway players’ decisions to stay.

“Lallana’s been here long enough, we’ve brought him to this level and we feel that perhaps he should give it a little bit longer,” he added.

“Anybody seriously considering coming for our players are going to have to think very significantly about the size of the fee.

“If we do take money it will be because it’s the right amount and it enables us to improve the team and move forward.”

Liverpool have already signed one player from Southampton this summer, completing the signing of striker Rickie Lambert earlier this month.

Should Liverpool continue their chase of Lallana, or look elsewhere? Let us know your thoughts in the comments section below.