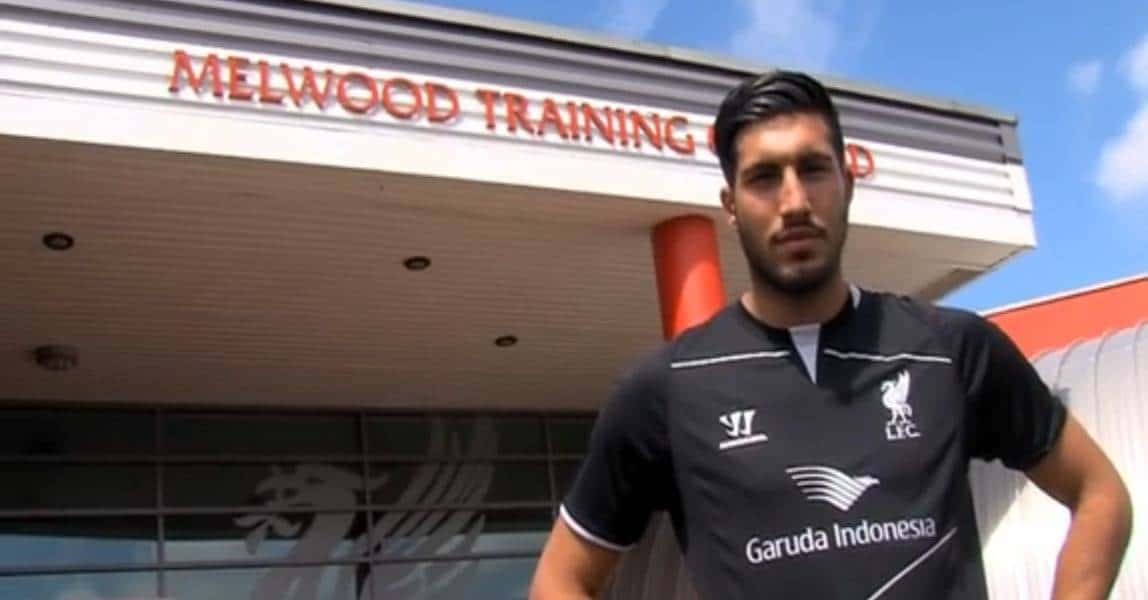 The duo have both officially been unveiled as Liverpool players this week, but how much will they feature in a hectic 2014/15 campaign? Henry Jackson looks at their potential involvement.

Adam Lallana and Emre Can are now officially Liverpool players, after deals for the Englishman and German were confirmed this week.

The two midfielders will add great depth and quality to Brendan Rodgers’ squad for next season, but will they be regulars throughout the campaign?

The truth is that 2014/15 is a completely different animal to last season in terms of intensity. With no Champions League and early exits from both domestic cup competitions, Rodgers barely had to even consider rotating his stars. It was one game per week for the majority of the campaign.

This time around, the return of Champions League football for the first time since 2008/09 gives the Northern Irishman far more to think about. The truly great managers keep all of their players happy, despite them not featuring all the time, and next year is a big test of his credentials.

Lallana’s £25m move from Southampton may have raised eyebrows at the fee, but he is an extremely talented player who can play in a variety of positions.

He’s is probably at his happiest in a central attacking midfield role, but he can easily drop deeper or play on either wing. This versatility is exactly what Rodgers looks for in his players.

Looking at the current squad, a couple of other attacking midfielders may well still come in too, it seems likely that the 26-year-old will rotate with Raheem Sterling and Philippe Coutinho in order to keep all three consistently fresh.

Sterling and Coutinho are both still very young and not used to playing Premier League and Champions League football week in, week out, while Lallana will take time to settle at such a huge football club.

Therefore, all three of Lallana, Sterling and Coutinho will be regulars this season, just not necessarily all three in the same match very often. Emre Can‘s arrival is another exciting one for Liverpool fans, and the 20-year-old German will add a defensive presence to the Reds’ midfield that was horribly lacking at times last year.

The former Bayer Leverkusen and Bayern Munich man is strong in the air, solid, if a little reckless in the tackle and good on the ball.

It is clear that, at 34, Steven Gerrard will almost certainly have to be managed sensibly by Rodgers if he is to be as superb as he was last season. This should allow Can plenty of game time.

Jordan Henderson was an ever-present last season, but he showed signs of fatigue towards the end of the season such was his constant involvement. The 24-year-old won’t hit the heights of 2013/14 if he is overused.

Joe Allen is likely to appear sporadically, despite an impressive end to last season, while Lucas Leiva‘s days at the club appear numbered. If a bid comes in for the injury-prone Brazilian the club are highly likely to accept it.

This all means that Can should feature fairly regularly, although his age and inexperience could mean he is eased into things rather than thrown in at the deep end.

The Germany Under-21 star can also play at left-back, which would offer enough cover in that position to allow the inconsistent Jose Enrique to leave. That is assuming, of course, they bring in a first-choice left-back.

The signings o Lallana and Can will undoubtedly make Liverpool’s squad stronger than it was last season, and both will feature heavily during what is likely to be a gruelling campaign.

It’s important to stress that injuries, form and suspension will always play a part in Rodgers’ thinking, as well as which opponent stands in front of his side.

The bottom line is that his two new acquisitions haven’t been signed with the future in mind, they are both very much a key part of Liverpool’s Premier League and Champions League charge in 2014/15.