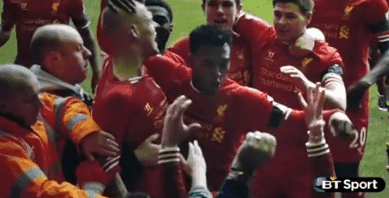 An advert for BT Sport featuring Daniel Sturridge and Jose Mourinho has got Cockneys in a stew, using Liverpool’s 5-1 thrashing of Arsenal at Anfield in February to promote the new season.

Arsenal fans took to Twitter after the advert first aired before the World Cup third place play-off match to say they would be cancelling their subscription to BT. One fan claimed it was proof of an anti-Arsenal bias in the media.