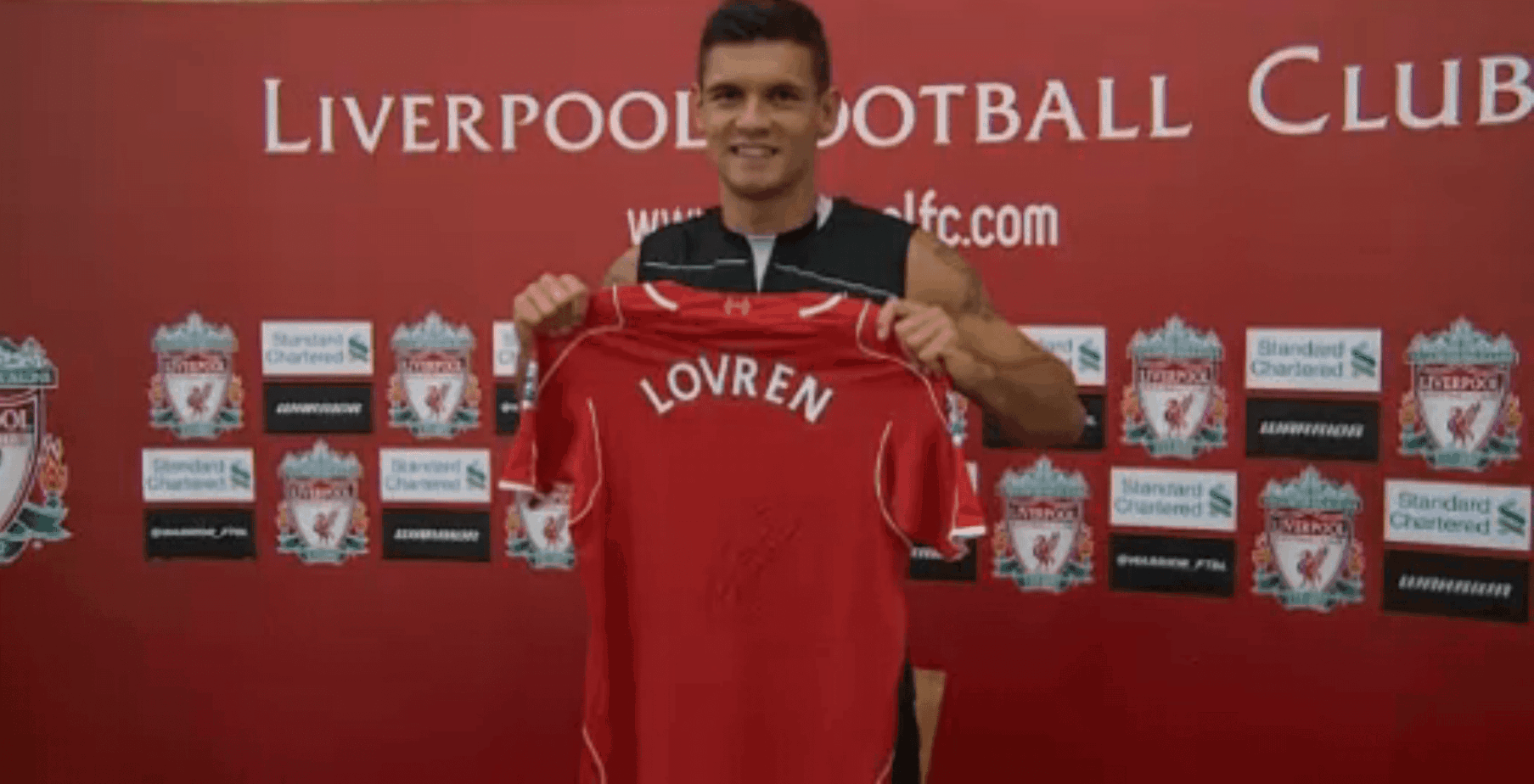 Lovren is thought to have moved in a £20 million deal from Southampton — the third player of the summer to swap St Mary’s for Anfield following the signings of Rickie Lambert and Adam Lallana.

The 25-year-old is the first defensive signing of the summer at Liverpool as Brendan Rodgers looks to fix the leaks in a back-line that conceded 50 goals in the Premier League last season.

Following the signing of Mamadou Sakho last summer from Paris Saint-Germain, Liverpool now have £38 million worth of talent in their central defence.

It leaves question marks over the futures of Martin Skrtel and Daniel Agger, who both turn 30 this year.

Upon signing for the Reds, Lovren told the club’s official website, “After I played at Anfield last season, I said to myself: ‘One day I hope I’ll be able to play here for Liverpool’. The fans will know from the first minute that I’m a player that will give 100 per cent on the pitch.”

Earlier in Sunday, Liverpool were dealt a blow as they were forced to pull out of an £8.5 million deal to sign French international striker Loic Remy, who failed a medical.

Lovren could be in attendance at Liverpool’s pre-season friendly against Olympiacos on Sunday night at Soldier Field in Chicago, USA.

The Reds get underway at 11pm and the match is live on Sky Sports 1 and LFC GO in the UK.