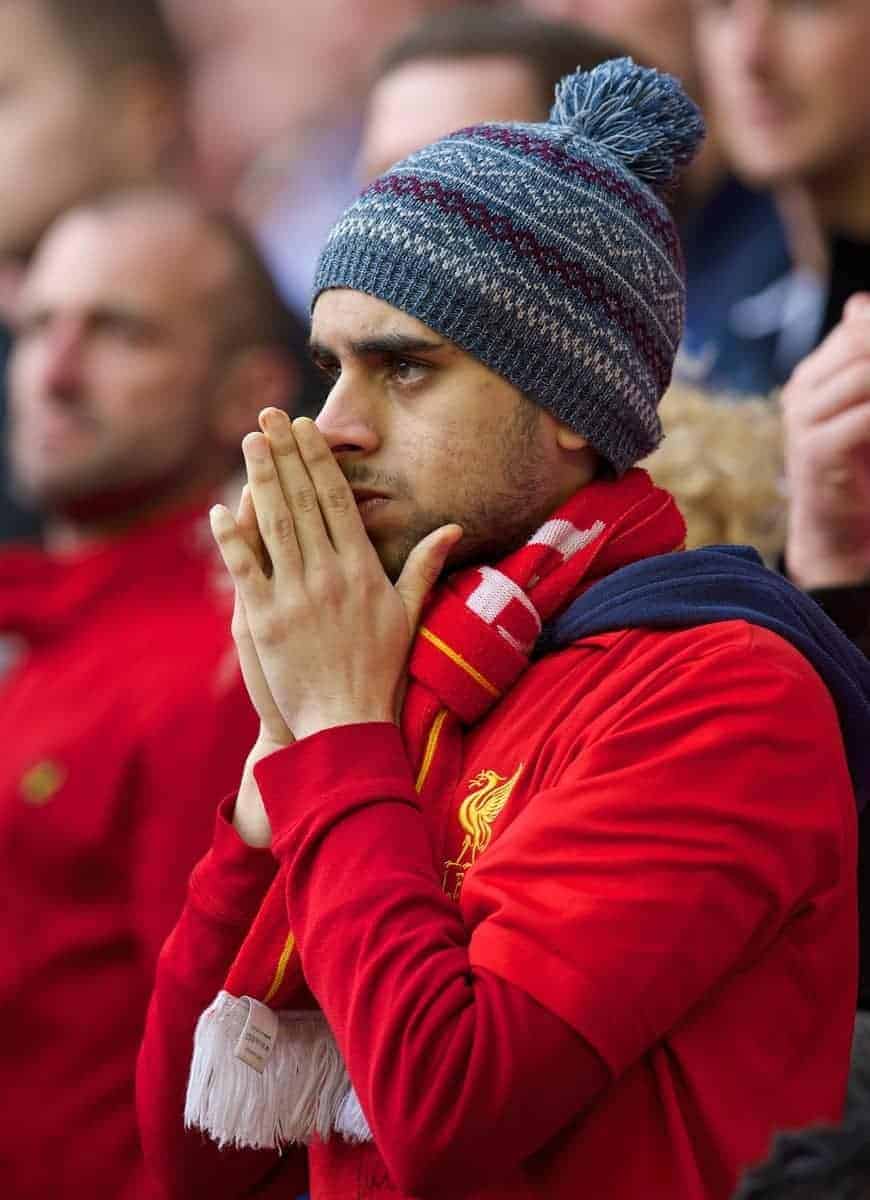 Nathan Steenson calls for calm among fans worrying, quite pessimistically, that Liverpool’s future is full of doom and gloom after the sale of Luis Suarez to Barcelona.

It was over. It was done. Completed. Final.

Jim White confirmed it-and then, in a final blow to the last nail in the coffin, an image flashed up on the screen- with the yellow ‘BREAKING NEWS’ banner flying across the bottom.

That’s the exact point in time when my heart broke. There’s a first time for everything, and at that moment, it was the first time I’d ever shed a tear because of a footballer.

Football is a fickle game. In the three-and-a-half years that followed that day, Liverpool Football Club has seen many changes- some good things happened, and some bad things happened. But it’s very much been the case of one step backwards, three steps forward.

There is an important principle to remember: every club goes through good times and bad times; times of good decisions and times of bad decisions.

This is what we as modern fans often forget. When something bad happens, or a bad decision is made by the club, there is nothing but doom and gloom. Liverpool are the worst club in the world and “never do anything right…”.

But as soon as something good happens, or someone at the club makes a good decision, everything is right with the world and Liverpool is the greatest club in the history of the world.

I’m not here to rant- honestly I’m not. I’m the worst offender when it comes to over-exaggerating moments connected with Liverpool. But sometimes I take a step back, look at myself, and laugh.

I think sometimes we all need a little perspective, and whilst writing this I guess I’m helping myself see things a little more clearly as much as anything.

The fact is that right now, we are entering into one of those ridiculous times. Everything’s about to kick off. It’s in the air.

There’s a hysteria starting to creep into the hearts of some of us Liverpool fans- slowly crippling like some sort of sinister chemical creeping silently through our veins with every pump of the heart.

Our best player, and possibly one of our all-time greats (talent wise) is on the verge of joining Barcelona. I don’t think it’s properly hit home to us yet, but it’s happening.

There’s already been so much said and written about Luis Suarez, so I won’t exhaust the subject.

What I will say is this: Suarez was the only good thing to come out of January 2011. He was the shiny side of the ‘transfer’ coin, which unfortunately had Andy Carroll on the other.

And with Suarez’s departure, we are about to flip that coin once again.

It’s a risky business. Football clubs and managers will stand testament to the delicate nature of flipping this coin. If it lands well for you- fantastic. Praise is heaped on the manager, all fees are forgotten about, and things are good.

But if it lands badly, things can go wrong very quickly. If in the unlikely event you need reminded of this, I’d point you in the direction of a certain Andre Villas-Boas or old David Moyes who would love to tell you all about the cost of failed transfers.

So, here we are. This summer we’re throwing the dice. Rodgers and John Henry have got their tuxedos on, their poker faces straight, and they are playing the game that is the transfer market.

So earlier I was reading Twitter, and I got a good idea of what Rodgers’ tactics in the transfer market will be.

He’s got a pretty good eye for players. He watches a few the odd time, glances at this one, has a wee peak at that one. An ITK told me that his source was talking to Rodgers, and was told this:

“Hmm..today I think Lovren would be a great signing. He’s boss. I saw him play a few times, and he even scored against us at Anfield! I think I’ll go to Southampton and offer them 10 million pounds more than I think he is worth- just because we have the money. Then while I’m at it, I’ll sign that left back from Chelsea..eh, forget his name..begins with ‘B’..”.

Oh the joys of the Twitter age we live in.

If there’s one thing you learnt from last season’s success story, it’s that Brendan Rodgers is not a flippant guy, who makes big decisions on a whim. He doesn’t make the right decisions all the time, but that’s not because of a lack of thought or planning.

This is the perspective that I think is needed again. Rodgers is the manager of our football club. He has proved himself, and deserves to be in the position he is in. That is not up for debate.

He promised us all that he would devote his life to the job — and he’s delivering on this promise. They weren’t empty words. I remember when he himself spoke of Boxing Day two years ago, and the defeat by Stoke at the Britannia.

When he arrived home, the family was round, the dinner had been made and the fire was lit. But instead of accepting this chance to wind down and escape the repercussions of the defeat, he said a quick ‘hello’, and headed up stairs to the isolation of his study to analyse the defeat and work out a way forward from it.

If that’s not devotion to the cause, then I don’t know what is.

Rodgers also has a very particular taste in players. In other words, he knows exactly what he wants. Hunger. Character. Technician. Talent.

These are all buzz words Rodgers uses whilst describing his ideal player. So he knows exactly what he wants- and goes out, with an extensive team, to find the players he so craves.

So, Rodgers thinks Lovren is the man to sort out the defence? Then so do I.

He might not be my choice, but I’m not a qualified manager whose speciality is seeing players with potential and developing and nurturing them into stars.

Of course this does not mean that Lovren will turn out to be the answer to our defensive problems- I’m not saying that. But going back to what I was saying earlier — football is full of good times, and bad times; good decisions and bad decisions. It’s about the progression of the club on a whole.

For every Torres you lose, there is an Andy Carroll or a Suarez to gain.

Let’s not get caught up in this tidal wave of scrutiny of every move the club makes, or the fact that the club losing Luis Suarez, or in the club’s pursuit of Lovren.

I think it’s fair to say that Rodgers wants to succeed and drive Liverpool to the next level as much as you do- and is putting in the necessary graft to ensure it happens.

Let’s give him space to work, and when we are sitting here this time next year, we’ll assess this summer’s transfer dealings then. Sound fair?

It’s not all going to work out — we all know that. But I’m sure the progression of the club will continue, regardless of the ups and downs on the way.

Relax, chill out. Enjoy your summer. Don’t get caught up in the Twitter culture of the transfer window. It’s called silly season for a reason.