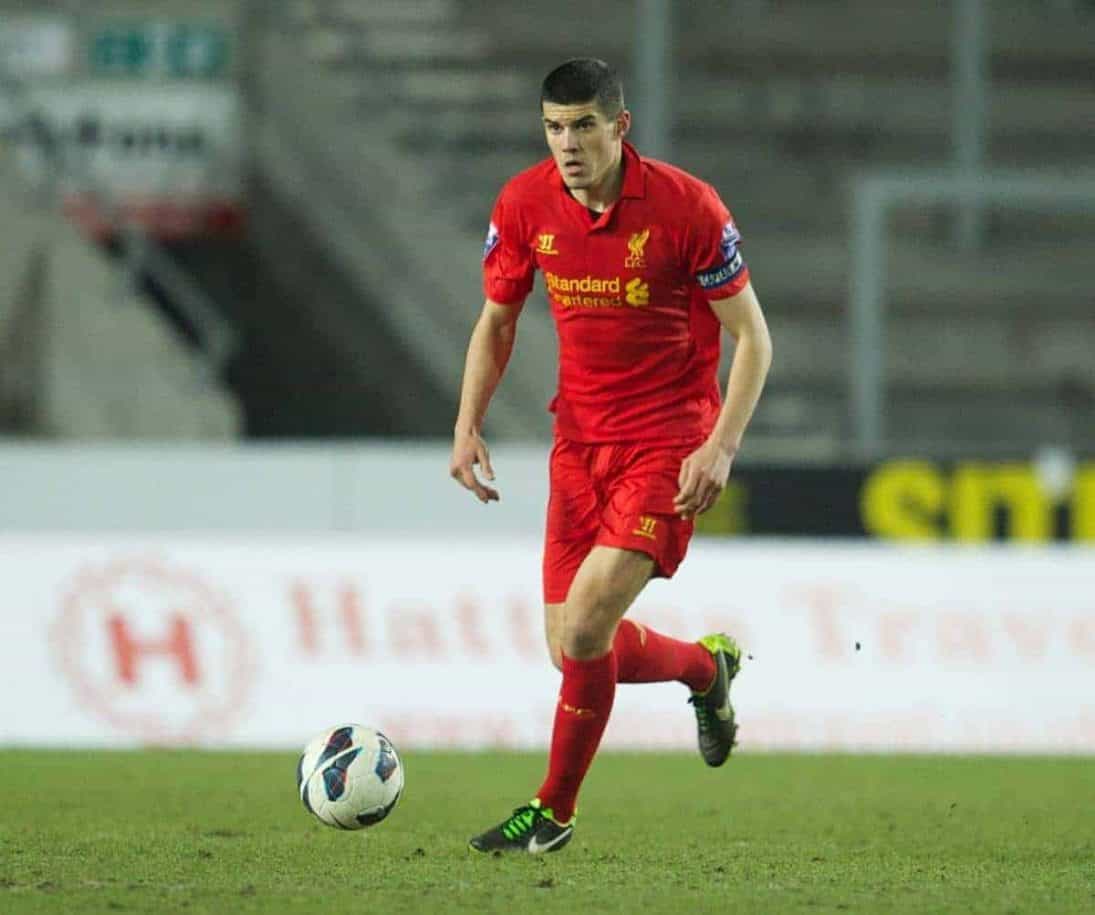 Joseph Cousins discusses Liverpool’s recent history of loaning out players, and weighs up if it helps or hinders the club.

My Twitter time line is full of enthusiastic Liverpool fans confirming the loaning out of our players and remarking on how player x can do well at club y to get the necessary experience to hopefully feature successfully in the Reds first team.

Sometimes when a player in the squad is having a difficult time, particularly a young player, we as fans suggest he go on loan, get some first team experience at a competitive level and hopefully come back a better player and feature in the first team. A lot of people suggested Sterling go out on loan, as insane as that sounds now, there was certainly some decently sound logic behind the idea back in December.

I have a question though. Of the players Liverpool have loaned out in the last 6 years how many have come back to have a successful career in the Liverpool first team? As I’m sometimes accused of being a bit of a negative so and so. I will present the facts and let you judge for yourselves.

Here’s a list of players we’ve loaned out since the 2007-08 season (I chose this season to start with because I couldn’t any data from seasons previous to this). Some players appear more than once as they’ve been loaned out more than once.

So what do you reckon?

I am against the loan system in general because I think it encourages clubs to stockpile players and it facilitates third party involvement in the game.

If it were up to me I’d put a squad size limit of 25 players on all clubs. 3 goal keepers and 22 outfield players in the first team squad. Anyone over the age of 20 who is not selected in the 25 has to be released. The player becomes a free agent. Players aged 19 and below will be a part of the reserve/U20 squad which also has a squad size limit of 25 players. The same relates throughout the age groups. Under 16s, 14s and so on.

This rule would mean a club like Man City cannot hoover up all the talent and have multiple players on £100K+ a week who cost over £20m who cannot get a game. The talent would therefore be more evenly spread throughout the clubs. Improving competition and enabling more players to actually play football.

The loan system would be scrapped. No more nonsense where a player cannot play against his parent club. Or play for 3 or 4 clubs in the same season. Young players need to play regular football to develop they also need continuity. Take Borini as an example. He’s played for 5 clubs in 5 seasons, 3 of the seasons he was on loan and the club he was loaned to didn’t take him on permanently. He’s never gone back to a previous club either. Always a new one. Having starred for Italy at under 17, 19 and under 21 levels and also playing once for the senior national side he’s now 23 years old with a club career that hasn’t really gone anywhere.

Sturridge could have been a permanent signing for Bolton in 2010/11 which theoretically would have given him 3 years there playing first team football. Rather than being a bit part player at Chelsea. Would his development be further advanced at an earlier age?

Ryan Bertrand, rated as the best young English left back in 2011, has played for 6 clubs on loan in his career. Chelsea has been his parent club since 2006, they loaned him out to 5 different clubs in 5 seasons, kept him in their squad for 4 seasons and then loaned him out last season. He’ll be 25 next month with a nothing career really. Although I wouldn’t mind a nothing career getting £35K a week!

Connor Coady has been at Liverpool since 2005. By the age of 20 he’d made one league appearance for the club. He went on loan last season and played regular football for Sheffield United in League One. Now he’s in America with Liverpool training, knowing he has no chance playing for the first team next season.

Here are some snippets from a recent interview from him, conducted by James Pearce of the Liverpool Echo:

“I really needed that year away. It was massive in terms of my development and growing up both as a person and a player. I couldn’t be more grateful to Sheffield United. Everything about it was fantastic from the players to the manager, the back-room staff and the fans. It was all superb for me.

“There is a massive difference between Academy football and playing in the Football League. When I first went there it was a big shock. It was very quick and people were in your face. You realise fast how much it means to be winning games. And you learn how to win games. It means everything to players when you go down there.

“I feel like my game benefited a lot. For me as a person it was about trying to get on the ball in tight situations and Nigel Clough liked you playing. He was big on me trying to get forward and scoring goals. I got into the box a lot more and I enjoyed playing that role.

“It (the season) certainly had a bit of everything. A fight with relegation, a brilliant Cup run and then a sniff of the play-offs.

“Playing at Wembley was unbelievable and something I’ll never forget. That was the highlight but everything about my year there was great. Every young player would benefit from an experience like the one I had. I think it’s something every young player should do.

“This summer is about me working hard and trying to get myself as fit as possible. Another loan spell could be possible but we’ll see what happens.”

It sounds to me like he is better off playing for Sheffield United rather than training with Liverpool hoping for a loan spell at some other club. At 21 years of age he needs to be playing football at a competitive level. He is clearly nowhere near Brendan’s thinking for a first team squad role so what’s the point keeping him? Let the lad go back to Sheffield United on a permanent deal.

We have just loaned Andre Wisdom to West Brom. He plays in one of our weakest positions, right back. He can also play at center half and we were not particularly strong there last season either. Lovren, a £20m center back appears to be a done deal and there are rumours we are on the brink of signing 20 year old Javier Manquillo from Atletico Madrid on a 2 year loan deal with an option to buy at the end of it. So what chance Wisdom – who will be 22 before his current loan deal is over – ever getting a regular outing in Liverpool the first team?

His loan to West Brom is nothing but a shop window for him to impress clubs Liverpool hope to be selling him to next summer. He would have to play like Lillian Thuram to get back in the Liverpool first team. It’s not going to happen. Under my rules he’d be signing for West Brom on a free where he can establish his career properly.

I haven’t studied the loan moves of other clubs but I’d bet not many have a much better record than Liverpool. The loan system in my opinion is a nonsense. It works as an advertising tool for clubs to eventually sell their cast offs but I don’t think that is what its purpose should be. Time for it to be binned.