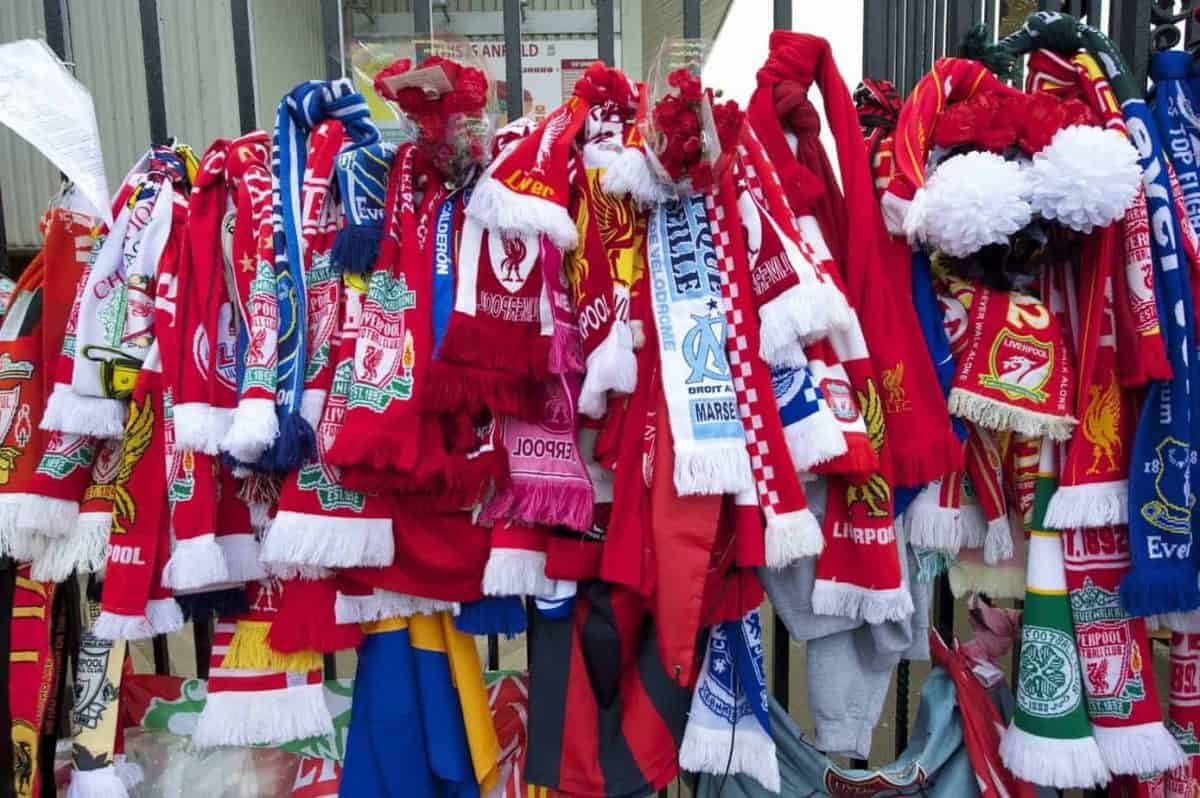 Liverpool have donated more than 3,000 scarves to charities at home and abroad that fans from across the world sent into the Hillsborough Scarf Campaign.

The Campaign, which was launched by the Club in March 2014 to commemorate the 25th Anniversary of the Hillsborough disaster asked supporters, sporting institutions and general sports fans to donate a scarf as a sign of global unity for the Hillsborough families.

Over 3,000 scarves were donated by fans and sports clubs across the world from countries including; Mongolia, Germany, Australia and Japan in remembrance of the 96 Liverpool fans who lost their lives at Hillsborough.

Each scarf donated was laid out on the pitch at Anfield for the Hillsborough Memorial Service on April 15th to form the number ’96.’

After the Service, the Club’s official charity, Liverpool FC Foundation, donated all of the scarves to local and International charities, along with a signed item of LFC memorabilia.

The scarves will now be used to support a range of good causes and help people in the local community and beyond who will most benefit from them.

Some of the local charities who have received scarves include, The Basement Advisory Centre and The Whitechapel Centre, which both provide support to the City’s homeless community and Centre 56, which helps women and children who have suffered or are at risk of domestic abuse.

Charlotte Mansbridge, Strategic Director at The Basement Advisory Centre, said: “When we were first approached by Liverpool FC Foundation with the scarves we were so pleased just to be considered.

“The scarves are fantastic for us as we can never have enough of them. As winter time approaches we will allocate a scarf to every single person who comes to access our services, whether they’re rough sleepers or just not in a position to keep themselves warm.

“It’s a really nice gift to be able to give to somebody, which has a lot of meaning but also provides a basic need.”

Other charities who have received scarves include, British Red Cross, White Ribbon Campaign, The James Greenop Foundation, Daisy UK, Whizz Kids, KIND and One Brick at a time in Uganda.

Liverpool legend Kenny Dalglish, who personally wrote to all 92 English Football League Clubs as well as the English, Northern Irish, Scottish and Welsh national teams to ask for their support by way of donating their club scarf, said: “The generosity of our loyal fans and the wider football family has been amazing. Thank you to everyone who showed their support to the Hillsborough families by sending in their scarf.”

Margaret Aspinall, Chair of the Hillsborough Family Support Group, added: “I am delighted to see all of the scarves being donated to good causes and used to benefit communities.

“We as a group were overwhelmed by the generosity of people across the world who took the time and effort to donate a scarf, which was personal to them. I would like to thank each and every one of them.”