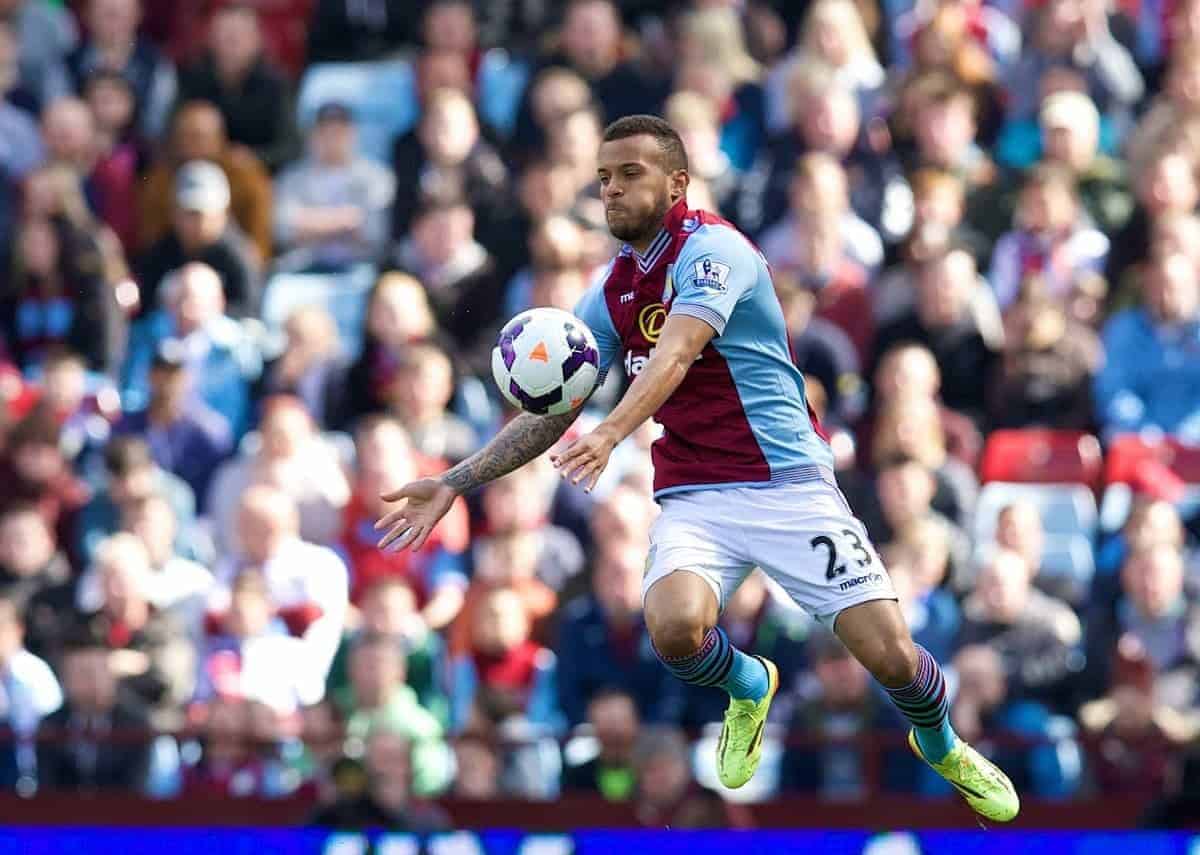 With reports linking left-back Ryan Bertrand with a move to Liverpool this summer, Jack Lusby runs the rule on the Chelsea man.

According to the The Independent, Liverpool could make a move for Bertrand “after being priced out of a move for Sevilla’s Alberto Moreno.”

“Rodgers is a long-term admirer of Bertrand having worked with him at Chelsea‘s academy.”

The figure quoted is a fairly reasonable £8 million.

But would signing the 24-year-old be the right move for the Reds?

Bertrand spent the second half of last season on loan at Premier League strugglers Aston Villa, under Paul Lambert — a manager who seemingly fosters a similar vision as Rodgers, albeit with a hugely diminished output.

He made 16 appearances for Villa. In this time, Lambert’s men conceded 34 goals, picking up 12 points, including big losses at home to Stoke City, and away to Manchester United, Swansea City, Manchester City and Spurs.

It was a disappointing season all round at Villa Park, as the side struggled to a 15th placed finish in the league.

It’s difficult to ascertain whether or not the contributions of Bertrand had much of a bearing on the final placing of Villa in the league, with the entire squad struggling with form and, in particular, Lambert missing the goalscoring contributions of Christian Benteke.

However, 2013/14 was a fairly dismal one for Bertrand, a player who, albeit from a detached viewpoint, is used to relative success at parent club Chelsea.

Analysing Bertrand’s game, the left-back’s strengths lie in his concentration and diligent work-rate from a defensive standpoint.

WhoScored sees the left-back as being dribbled past only 0.4 times per game on average.

Compared last season’s regular, Jon Flanagan, this is a marked improvement—the current Red was dribbled past 1.7 times per game on average.

Flanagan was at one point the most eluded full-back in the Premier League, perhaps pointing out why Rodgers may be interested in a more defensively focussed option.

Furthermore, the 24-year-old would join Rodgers’ squad with significant big game experience, having been a surprise starter, on his Champions League debut no less, for Chelsea in the Champions League Final success over Bayern Munich in 2012.

Writing for The Guardian, Dominic Fifield detailed the fearless full-back’s baptism of fire:

“He was industrious and efficient here, a nuisance helping to thwart Bayern at one end and offering flickers of threat at the other… confronting a World Cup finalist in Robben, and the Germany captain Philipp Lahm… he deserved huge credit for the composure displayed throughout.”

Successfully stifling, with the help of one Ashley Cole, two of European football’s greatest talents is a great testament to Bertrand’s talents.

Although the player has barely kicked on since this night of accolades, perhaps Fifield’s assertion that the experience “will stick with him for the rest of his life” is one that Rodgers is attuned to.

Unfortunately, when it comes to weaknesses, Bertrand at this juncture seemingly has many strings to his bow.

The table below, with data again via WhoScored, compares the defensive and offensive performances of Bertrand, Flanagan, Jose Enrique and Aly Cissokho (for good time’s sake).

All statistics on average per game.

Whilst these statistics cannot give a wholly accurate measure of a full-backs game, with other facets such as the previous mentioned ability to cap an opponent’s attempted dribble, the balance between defensive and offensive abilities is apparent.

Here, Bertrand falls foul to each option in almost every category; the only case in which the 24-year-old trumps one of the Reds’ left-back options left season is his making more tackles than Enrique.

Even Cissokho seems a better option in this context.

Flanagan, in fact, seems a much better option on the whole, with a decent balance between solid defensive duties and a developing attacking thrust.

Glad to see @RyanBertrand3 fit enough to take his place in the back four. #AVFCLIVE #NCFC pic.twitter.com/Se8u6GCigp

The hopeful stance is that, were Liverpool to sign Bertrand, Rodgers’ sheer belief, and his obvious raw ability, would see the Englishman through.

Although options such as Moreno, seemingly slipping through the Ulsterman’s grasp due to financial disagreements, may present a better option, the signing of Bertrand would at least make sense economically.

Furthermore, it would allow Flanagan to shift on to his preferred role at right-back, preferably at the expense of the consistently absent Glen Johnson.

At 24 years old, there is still much scope for Bertrand to develop, and as seen with Rodgers’ nurturing of Daniel Sturridge into a near world class talent, the Reds’ manager is the right man to oversee this.

A solid, if unspectacular output, matched by a big game experience and willingness to kick on, could well see Bertrand succeed at Anfield.

Whether he’s quite the right man is another question.

Would Ryan Bertrand be a good signing for Liverpool? Let us know in the comments below.