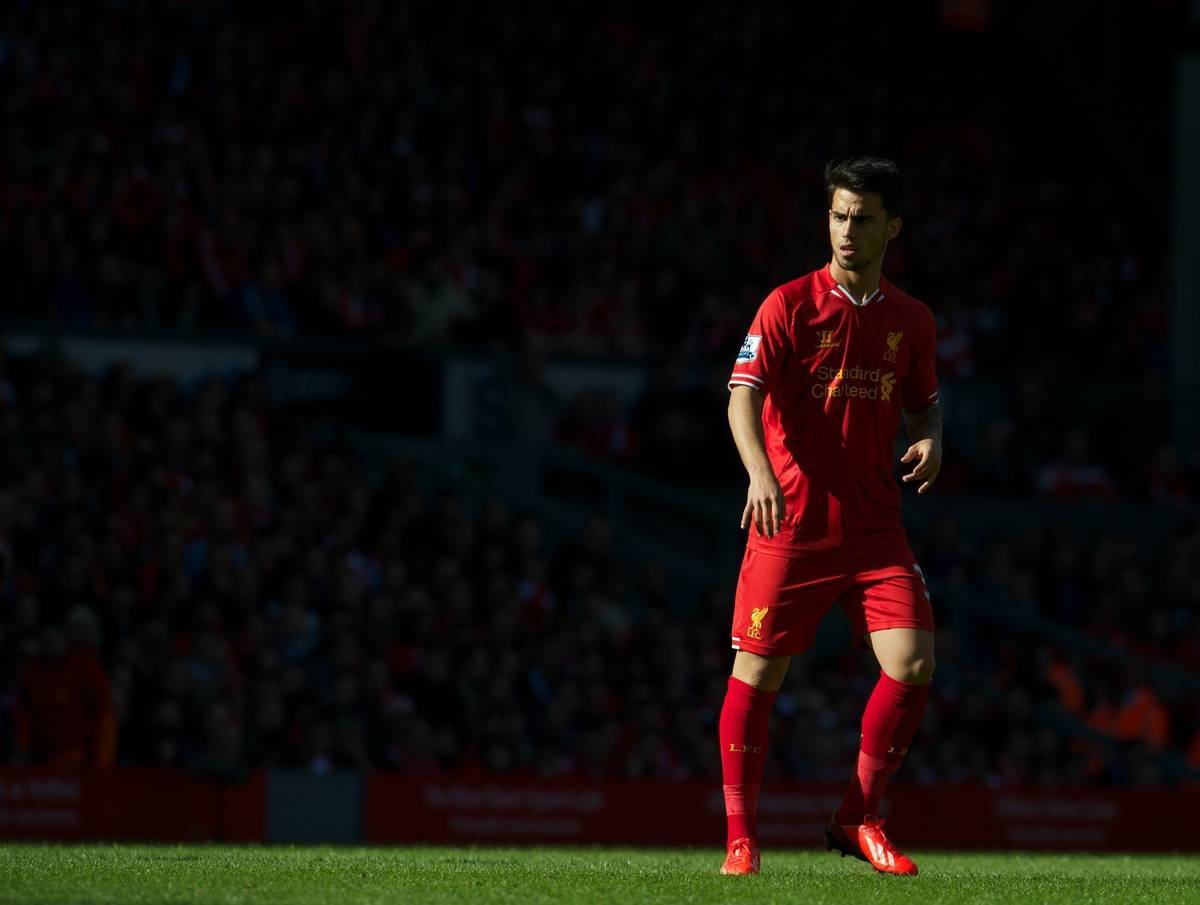 With doubts surrounding his future at Liverpool, has Suso done enough this pre-season to convince that he has a future at the club? Jake Askham hopes so.

Following the deadline day debacle just weeks into Brendan Rodgers’ reign at Liverpool two years ago, the new manager’s attacking options were restricted to say the least. After losing out on Clint Dempsey to Spurs, the only option Rodgers had was to turn to his youngsters; step up Raheem Sterling and Suso. They both impressed; putting in solid performances both home and away but with players the age the inevitable happened, they burnt out.

Ask Liverpool fans who they’re most excited about seeing this season and I’d bet a large majority would say Raheem Sterling. The English winger seems to be going from strength to strength at an exceptional rate.

But what about Suso? What happened to him? Is his Liverpool career over? Nobody knows for sure; but I think he may just surprise a few people.

Many people, and myself included, feel that Rodgers will return to his preferred 433 formation as the default shape of the team, with 41212 used regularly too. So where would Suso fit in?

As with many attacking midfielders, Suso prefers to play in a more central position rather than the right wing where he found himself being played for a large majority of the 14 games he’s played for Liverpool so far. As with many “inverted wingers”, Suso loves to cut inside.

This is all well and good in pre-season friendlies, but the Premier League is a huge step up. Defenders will begin to realise that Suso isn’t blessed with blistering pace to beat them on the outside; they’ll usher him into the centre of the pitch where there’s less space.

If Suso is going to play in the right wing role, as an inside forward then he’ll have to mix it up a bit more than he has been doing. Even if he unsuccessfully tries to take his man on the outside or runs in behind the defence; doubts will start to creep into the defenders’ mind which can only ever be good news.

More than anything though, it’s off the ball where Suso needs to earn the manager’s trust.

Coutinho is similar attacking midfielder but he’s found himself playing in a more central position recently. Why? Because Rodgers trusts him to also work off the ball, when defending. If Suso can convince Rodgers that he’ll track back, press the opposition and not go into his shell if the going gets tough – then I think he may get a chance in the central midfield as the more creative of the three pronged midfield; that Rodgers seems to love.

Suso needs to look at Coutinho in the Merseyside derby at Anfield; showing that he can do the dirty work and a different side to his game.

Jordon Ibe’s performance against AC Milan was brilliant, the 18-year-old seemingly has a very bright future ahead of him, but I think Suso’s wasn’t far behind. Just watch his goal again; if that had been David Silva then people would still be talking about it. The way he ghosts past the incoming challenge, drives at the heart of the Italian defence, plays the ball out to Coutinho, in such a way that the Brazilian doesn’t even have to break his stride, smartly creates some space for himself on the edge of the box and then brilliantly places the ball into the far corner.

And finally, notice his celebration; he wasn’t at all surprised about what had just happened. That either shows he doesn’t care about football or playing for Liverpool or he knows his own ability, he knows that he can score goals like that on a weekly basis.

With the added games of the Champions League (and the assumption Suso will remain at the club); there should be plenty of opportunities for Suso to prove to Rodgers that he still has a future at the club. I think Rodgers will give him a chance too; most young players that break into the first team usually do so when an injury to a first team member occurs. The unfortunate injury to Adam Lallana may just be the piece of fortune that Suso needs to kick-start his Anfield career, let’s hope so.