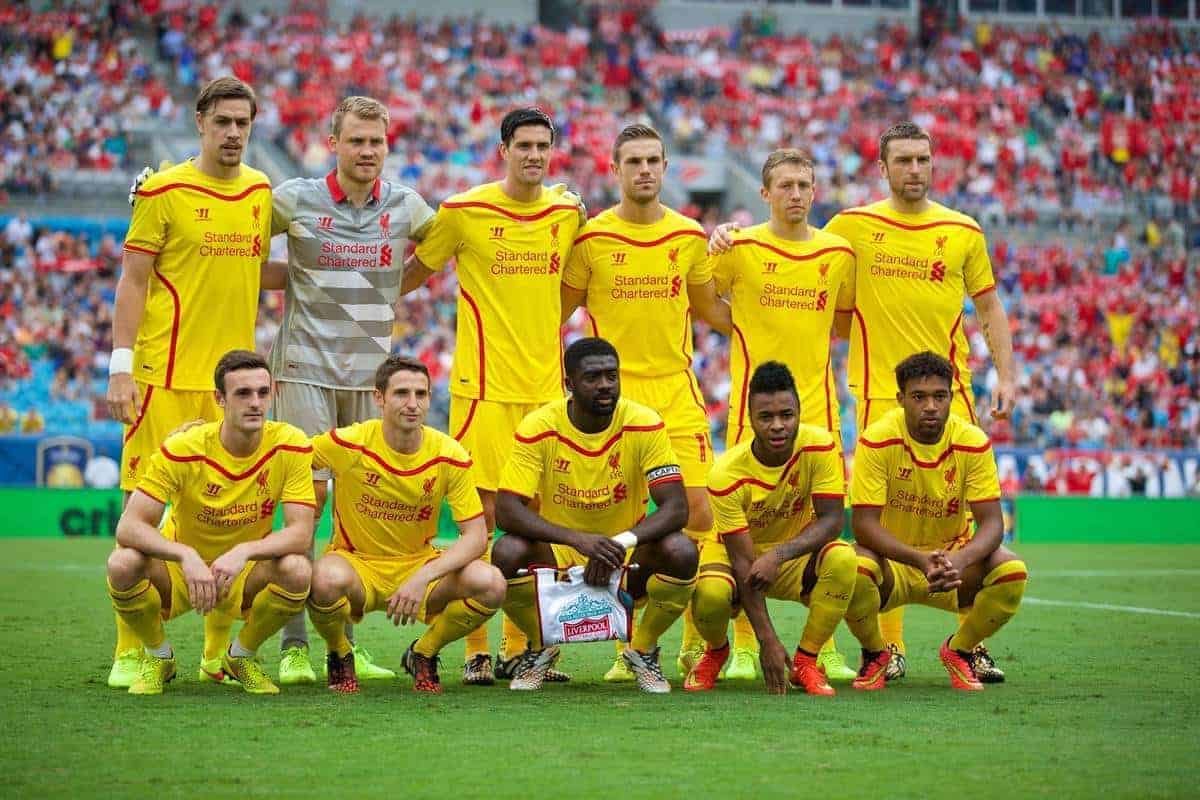 Liverpool defeated AC Milan in Charlotte on Saturday, as they prepared for Monday’s International Champions Cup final against Manchester United with a routine 2-0 victory. Henry Jackson assesses each Reds performer on the night.

The Belgian was relatively untroubled throughout, but when he was called upon he was solid. Made a fine save late on.

The 24-year-old struggled again, and really does look like a player badly affected by injuries. He offered little going forward- his athleticism seems to have deserted him- and defensively he didn’t look particularly assured.

Toure has had a solid pre-season, and he did well against a weak Milan side. He made one fine last-ditch tackle in the frist-half.

Coates continued his impressive form this summer with another decent display. He looked classy on the ball and played with a maturity and confidence throughout.

The young left-back offered plenty of diligence going forward, but he lacks the quality to become anything close to a regular for the Reds. The 20-year-old almost gifted Milan a goal having lost the ball in the first-half, but luckily Joe Allen made a vital challenge to spare his blushes.

The 27-year-old produced arguably his best performance of pre-season so far, winning numerous tackles and offering the defence plenty of protection. His ball retention was better than it has been too.

Henderson was excellent once again, showing just what an important player he has become for Liverpool. He drove forward with pace and power and showed good creativity on the ball in his 45 minutes on the pitch. He’s starting to show signs of Steven Gerrard at that age.

Allen played a key role in proceedings, and was more influential than he has been of late. He took his goal well, showcased his passing range and made one crucial tackle at the other end.

The 19-year-old looked very lively in his 45 minutes on show, winning the penalty that Rickie Lambert missed and generally posing a threat whenever he got the ball.

Ibe was Liverpool’s star man, outlining just what huge potential he has. The 18-year-old is extremely strong physically, and Milan simply couldn’t handle him when he ran at them with the ball. He played a key role in the lead-up to the penalty, running almost the whole length of the pitch with the ball.

The 32-year-old is struggling early on in a Reds shirt, perhaps understandably, and he almost looks to be trying too hard. His touch was heavy, he lacked movement and his penalty miss will do his confidence no good.

The 21-year-old sat in the midfield, and didn’t look out of place in what was a mature performance.

The young Spaniard oozed quality on the ball, and his terrific finish sealed Liverpool’s victory late on.

The 29-year-old got forward well, but didn’t really have much of an impact on the game.

The Slovakian was largely unnoticed in his 30-minute cameo, but did nothing wrong.

The 24-year-old was dominant when he came on, and although some claim the opposite because of his slightly awkward style, he was impressive as ever in possession.

The Spaniard was quiet when he came on.

Barring one long-range effort the skipper had an understated game, but he did produce a couple of trademark passes from his deep-lying midfield role.

Can didn’t really get into the game when he was introduced, but he did add dynamism to the midfield.

The 22-year-old Brazilian was largely on the periphery of things, having replaced the superb Ibe.

The youngster was quiet, but did nothing wrong.

Who was your star man against AC Milan? Let us know in the comments section below.