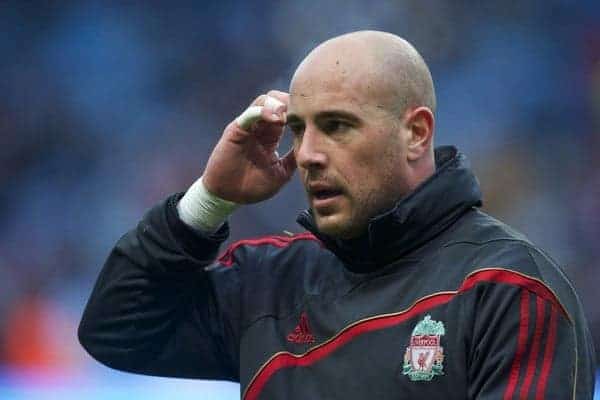 Liverpool have agreed a fee for Pepe Reina to move to Bayern Munich for a reported fee of £2 million. Reina’s departure has been somewhat messy but he provided many positive memories under Rafa Benitez in his first five years at the club. He now looks set to play backup to Manuel Neuer at the German giants.

Here are a selection of reactions to the news from Liverpool supporters.

In the end, there are a number of people to blame for Reina. Himself. He got lazy Hodgson, whose methods did not inspire

But most of all Christian Purslow who gave Reina 110k a week. For a goalkeeper!!!??? FSG were never going for that and don't blame them

Time was right for Reina to move on but people shouldn't forget how brilliant he was for us those first 3/4 years. Best LFC keeper in ages.

Really surprised at the decline of Pepe Reina, a few years ago he was in the top 3 keepers in the world, now he's a backup. #Madness #LFC

He could have become the greatest keeper in the club's history. The large salary/contract given to him was his ultimate downfall. Shame.

#Reina (despite two poor seasons) will still go down as 1 of our best ever keepers. Possibly (for me) 3rd behind Bruce & Clemence 2/2 #LFC