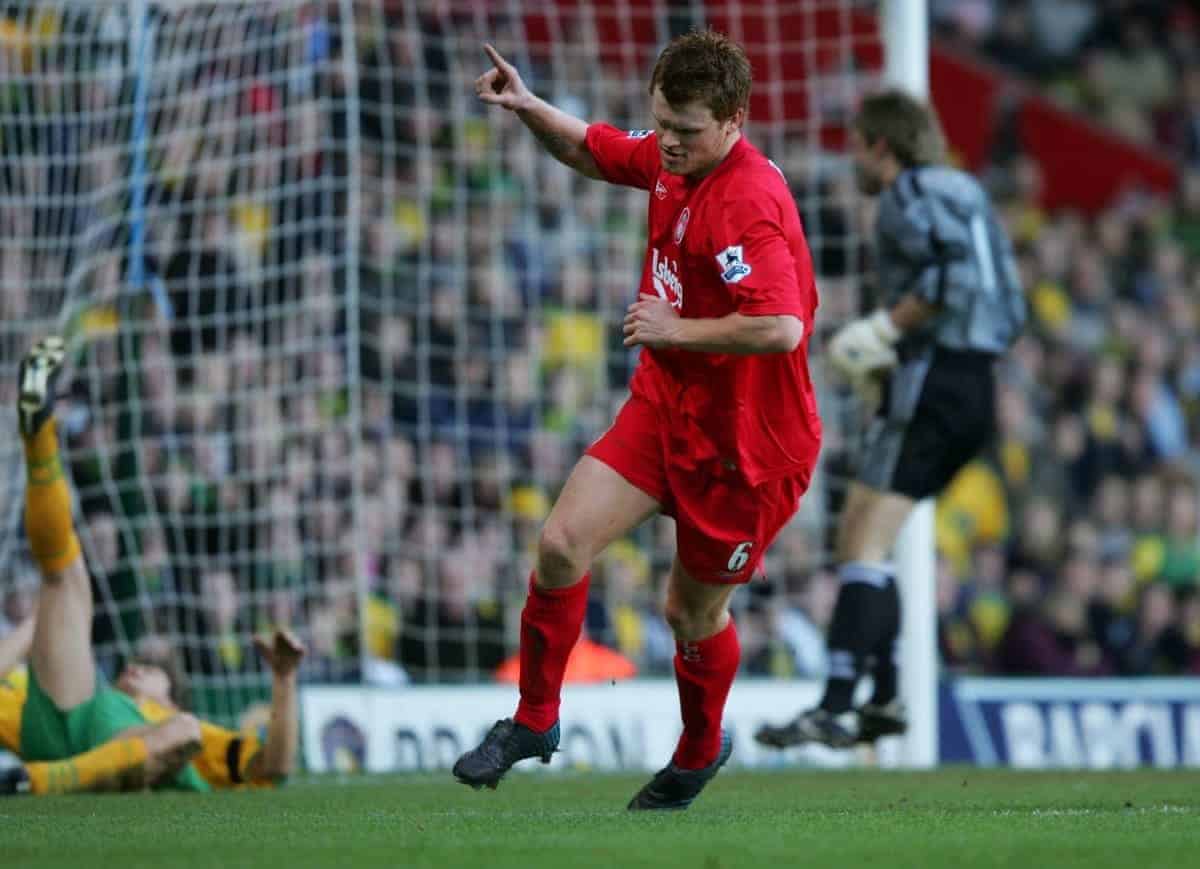 With reports that Liverpool could be on the verge of signing Spanish left-back Alberto Moreno, Simon Collings takes the opportunity to look at the recent history of left-backs at the club. As Liverpool’s summer of spending continues to mount, one position in particular is in need of assistance: left-back. It has been a problem area for us since the Premier League began, in which hoards of players have come and gone. Some have been decent, some not so – and getting value for money seems nigh on impossible.

At the time of writing this article, reports of a deal for Sevilla left back, Alberto Moreno look close. He would certainly be a welcome acquisition — presumably going straight into the first team ahead of Jose Enrique. He seems to be at the right age, with a decent campaign behind him that saw him collect a Europa League winner’s medal as well as making it into Spain’s provisional squad for the World Cup. If the deal does go through, he could be one of Brendan Rodgers’ most important signings.

With many of our league rivals having already strengthened in this position: Luke Shaw to Manchester United and Filipe Luis to Chelsea, it is vital to a team’s success to have a balanced system in place. A player playing in their natural position is paramount — particularly across the defence. You can have the odd exception: Jamie Carragher worked wonders down the left side during the treble-winning season of 2000-01, whilst Jon Flanagan made more than an impact there last term.

Despite being a top team, it is fair to say that in the Premier League era we’ve never had an Ashley Cole or a Gareth Bale rampaging down the left, and whenever we compose our own Liverpool all-time eleven’s, Alan Kennedy will be most people’s No.3.

Nonetheless, we have had some memorable left backs over the Premiership years. Let’s take a look… After a slow start and some unfortunate injuries, the Norwegian left-footer made a real impact in the 1996-97 campaign. He offered great balance and solidarity down the left, providing the types of crosses not seen since John Barnes in his pomp.

The amount of chances Bjornebye created for the likes of Robbie Fowler and Stan Collymore enabled the strike-force to notch a hatful of goals and, as a result, he was named alongside fellow reds Mark Wright and Steve McManaman in the PFA Team of the Year. Although best remember in the Premier League for playing for Aston Villa, the Irishman enjoyed a second spell with the reds when he resigned for joint managers Roy Evans and Gerard Houllier.

A surprise acquisition at the time, Staunton gave much-needed experience to a dodgy backline that was in desperate need of a leader.

Although his impact was minimal – with this second spell seen by some as only a cameo – his highlight came in the Merseyside derby at Anfield when he played the last 15 minutes in goal after Sander Westerveld had been sent off. A new cult hero was born! Although not tactically great, Riise was a popular figure on Merseyside. After a solid start in 2001-02, in which he scored some exquisite goals, his inconsistency got the better of him as Gerard Houllier’s reign came to an end.

hen Rafa Benitez arrived in 2004, he rediscovered his form and more than played his part in Istanbul. He went on the scored some important goals before leaving in 2008 – finishing brilliantly away at PSV Eindhoven, and getting a winner in the Nou Camp being the highlights.

Since his departure however, we haven’t quite had his impact down the left side – which is worrying. Signed on a Bosman by his former coach Benitez, Aurelio was the first Brazilian to play for the club. With a wicked left foot, he was a real danger from set pieces, with free kicks away at Chelsea and United living long in the memory.

He also provided pace going forward. However, these were only rare glimpses of his talent as injuries got the better of him. If fully fit, Aurelio could have been the answer at left back.

As our current No.3, the Spaniard got off to decent start under Kenny Dalglish. With his experience of playing in the Championship with Newcastle, coupled with his upper-body strength, Enrique looked the real deal – perfect for the hustle-and-bustle English game.

Again, as a natural left-footer, he provided good balance down the left flank. He also managed a cheeky stint in goal after Pepe Reina had been dismissed against Newcastle but it seems Brendan Rodgers isn’t convinced Enrique is the answer.

Much of this is due to recent injuries, and with the imminent arrival of a new left back – coupled with Flanagan’s form, it looks like his days in the first team are numbered.

Who is your most memorable Liverpool left-back from the Premier League era and why?  Let us know in the comments section below.