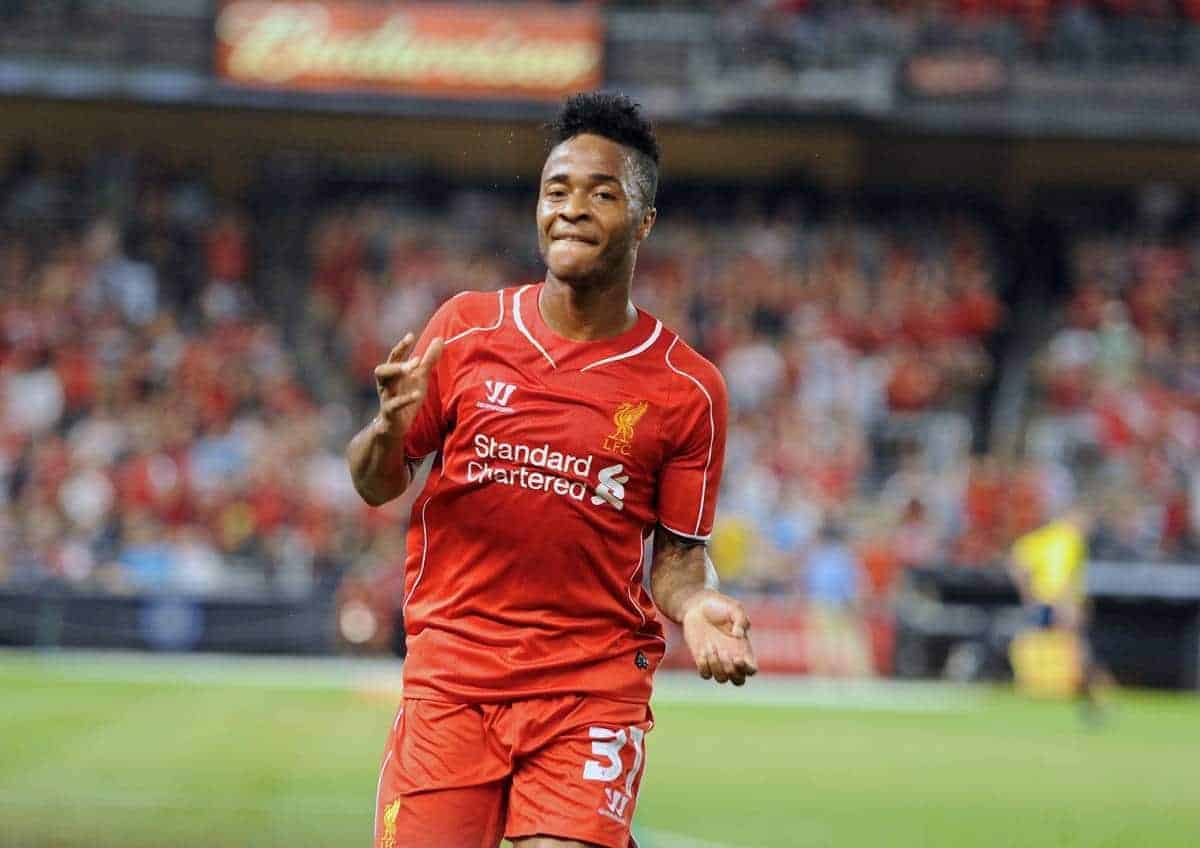 The day after manager Brendan Rodgers likened Raheem Sterling to Lionel Messi, the teenager is reported to be heading for an improved contract at Anfield.

“When you look at the finish against Manchester City in New York, how many times have we seen Messi produce a touch like that? Taking it through bodies when it’s so tight in the box.”

“Tactically, technically, and what has been beautiful to watch with Raheem has been his maturity. He’s turning into a beautiful young man, with all the responsibility. He’s taking it all in his stride and now he’s in a good place with every part of his game. It’s just about maintaining that commitment to his work. He’s still only 19, but in big games he’s performed and he’s a wonderful talent.”

And now the 19-year-old is reported to be agreeing a new deal that will significantly improve his current £30,000 per week.

Earlier this summer reports suggested the English attacker would be handed a £100,000 per week contract, something we discussed here.

Sterling made 38 appearances last season, scoring 10 goals, impressing after returning to the side in December and being a key component as Rodgers’ side pushed for the title.

Following Luis Suarez’s departure this summer, Sterling will become even more important for The Reds – with he and Philippe Coutinho linking up expertly so far this pre-season.