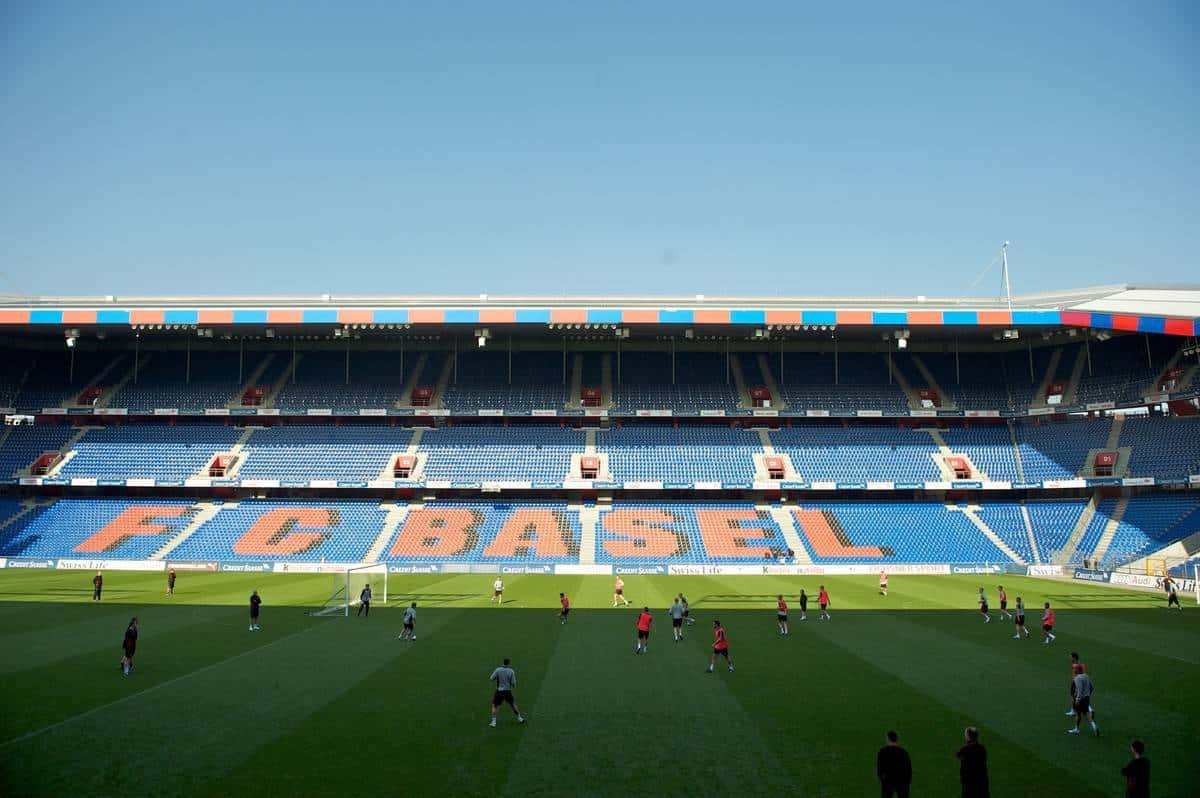 Liverpool return to Champions League action with their first away trip of the campaign in Switzerland on Wednesday night. Rory Fitzgerald takes a closer look at our opponents, FC Basel. Here is their average position vs Real Madrid:

Wing backs always gives the midfield an outlet out wide and allow the two attacking midfielders play the inside channels. Below is their pass map vs Real Madrid. Xhaka plays in the defence in the league but played RWB vs Madrid. If Degen is missing, he could start there.

Fabian Schar is in the last year of his contract with Dortmund, Inter, Arsenal and Spurs interested in him. Could be one to keep an eye on. He has scored a few from set pieces and is quite comfortable on the ball. You might get sick of hearing the commentators tell you that he worked in a bank during his apprenticeship as a footballer.

LWB slot should be filled by 29-year-old Behrang Safari who made the Swedish Euro 2012 squad but has only played at a mid-tier level (Malmo, Basel, Anderlecht) though is not short of pace.

One of the centre midfield spots should be filled by Fabian Frei (who missed out on a World Cup spot with Switzerland). The other could be filled by the young Egyptian international Mohamed Elneny who has played in the more difficult games but sacrificed by Sousa in games whereby Basel are likely to dominate their opponents.

This season, Sousa bought 20-year-old Paraguay international Gonzalez from Benfica. Gonzalez moved to Europe at 18 and was loaned out before moving to Basel. He is a very fast and direct player. Sousa has played him at right wing-back in ‘easier’ games when Basel have dominated but deployed his pace behind Streller in others.

If Sousa is feeling bullish, he may drop Elneny, then play Zuffi deeper and look to play one of either Delgado or Gashi in the deeper role behind Streller. Look out for their stats below.

Below is their goal vs Madrid:

Sousa identified the spaces between the lines as the downfall for his teams defeat at Madrid.

“When there is too much space between lines you must choose the best decisions because if you don’t you are going to suffer. The gaps in our teams were too large sometimes and that made Madrid counter-attacks possible. The team mentality began to fail after the two first goals”.

With a draw being a solid result for Liverpool, Brendan Rodgers may go with a robust three in midfield but with Adam Lallana and Raheem Sterling out wide to support Marion Balotelli – given their work ethic, skill and ability going forward.